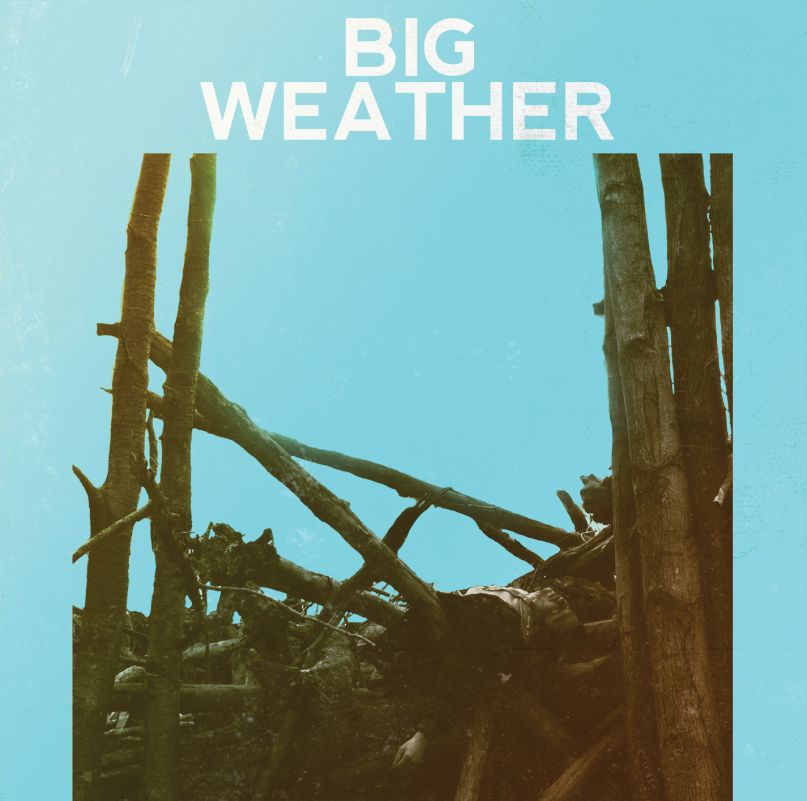 The fickle, destructive nature of … well, nature … haunts Big Weather, the sophomore effort from Pittsburgh band 1,2,3. Across 20 sprawling tracks and almost an hour and a half, Big Weather’s vignettes tell stories of a cast of characters enduring, surviving, and often perishing at mother nature’s destructive whim. If weather is the context, American rock ’n’ roll is the form. Led by Nic Snyder’s raspy falsetto, 1,2,3 takes listeners on a tour of outsider rock styles: garage, lo-fi, gutter punk, acoustic blues, and others. Guitar-driven and almost entirely free of production embellishments, Big Weather is raw, raucous, and as big as a deadly storm front rolling across the Midwest, but unfortunately not half as subtle.

Concept and execution come together best in the album’s quietest moment, “Bus to Babylon”. While the garage rock riffs and stomping beats of “Refusal Bop” and “Porch Swing Song” invoke nature at its most violent and punishing, “Bus to Babylon” offers a welcome respite. Over a gently picked guitar line, Snyder quietly reflects on fond memories while traversing a post-apocalyptic landscape. The sweet melody and pastoral field recordings of a summer night belie the increasingly dark lyrics about encountering a pretty woman (pointing an automatic weapon at his head) or a child crying in a field and pulling at its mother’s hair.

The two most puzzling moments on the double album come in the form of the spoken word poems “Waiting for the Horsemen” and “In the House of the Locust”. Set to classical music samples, both tracks tell stories about lives before or after the unnamed storms. Both stories are well-told and thematically appropriate, but their overlong runtimes (3:38 and 8:15, respectively) further bloat an album where the concept is already bursting at the seams.

There are a lot of good ideas and catchy hooks sprinkled throughout Big Weather, but they sometimes feel hard to find amid uninspired instrumental tracks and the spoken word segments. Big Weather lives up to its name, yes, but a slightly tighter song selection could have really elevated the work into the upper atmosphere.