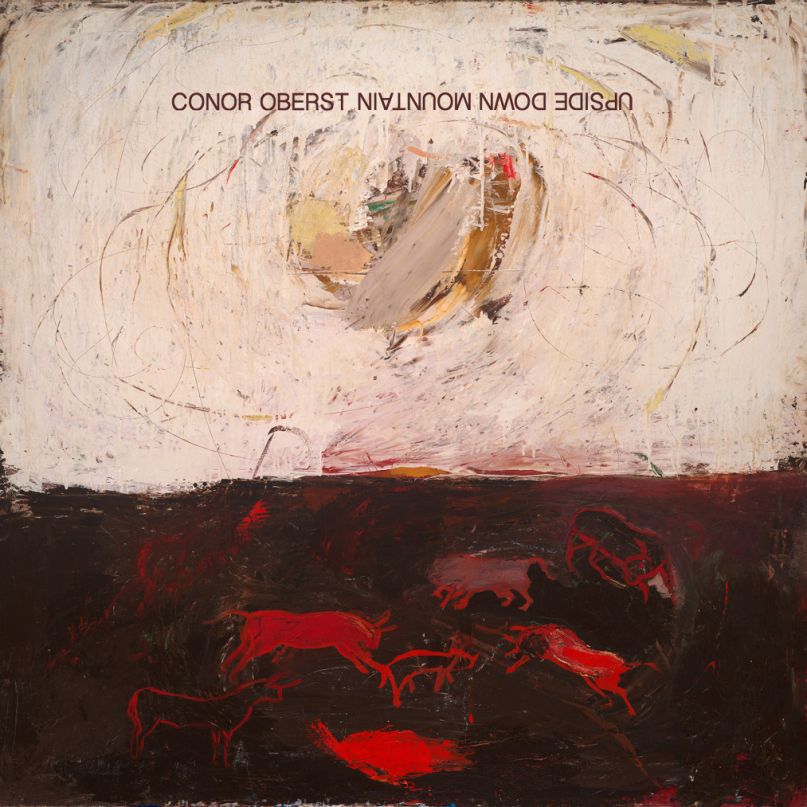 Next year will mark 10 years since Conor Oberst released what is arguably his last great collection of music, I’m Wide Awake, It’s Morning. Little made since that album has inspired confidence that another album could match it. I’m Wide Awake marked the end of a pretty remarkable run, which included Oberst’s album with Desaparecidos, Read Music/Speak Spanish, and the Bright Eyes albums Lifted or the Story Is in the Soil, Keep Your Ear to the Ground and Fevers and Mirrors, plus a wealth of EPs, singles, collaborations, and the like. In fact, Oberst was so prolific that he released a second full-length on the same day as I’m Wide Awake, the less classic but still quite good Digital Ash in a Digital Urn. Since 2005, Oberst has remained prolific, but has offered up a steady stream of spotty efforts, not without the occasional fleck of gold, but all suggesting the same conclusion: that Conor Oberst, the former songwriting prodigy whose songs as a teenager were better than most professionals would ever write, wasn’t aging as gracefully or masterfully as we had hoped.

This happens in the arts and makes sense, whether because of increased dependencies, recovery from dependencies, or losing touch with the emotional intensity that young people seem to have in spades. Burning out, they call it, but even if that is not the case, in regular life, we say people get boring as they get older. Oberst didn’t seem to be losing his knack for song structure or melody, just in his taste for arrangements and his lyrical content, and maybe adulthood had settled Oberst as it does to so many of our friends, maybe even ourselves.

Regardless, recent Oberst material sounds like he has lost touch with the fire that characterized his best work. Nothing has approached the rawness of the screaming at the end of “The Big Picture”, or his brutal honesty when obsessing over love, drugs, war, god, and loneliness. The arrangements then were usually simple and straightforward, while his words never seemed to be trying to be insightful, right, or caring whether he is biting Simon Joyner, but they often seemed more true because of that. Young Oberst, who started recording at 12, was uninhibited and uncompromising. Somewhere around Cassadaga, he started working in traditions, using tired, over-done arrangements, and seeming like he had less and less to say on his solo albums, work with Monsters of Folk, and 2011’s The People’s Key, his last full-length as Bright Eyes. On Upside Down Mountain, we see something return. Oberst is making music that seems necessary, like he has rediscovered a purpose for creating, and it is his best collection in a decade.

Before that excites you too much, know that it is not near the level he once was with Bright Eyes and still has some unfortunate flaws, mostly on the production and arranging level. The slick, withdrawn style of the album’s sound is noticeable about 20 seconds into opener “Time Forgot”. An acoustic strumming is fleshed out with a sauntering bass line, then a lead acoustic guitar and some Phil Collins-ish snare blasts in the chorus. Not only is nearly every sound besides the initial acoustic superfluous, but they work against the song and make lyrically sound and emotionally revealing songwriting feel less human. Except for the snare. That kind of rules.

People are calling the sound Oberst displays on Upside Down Mountain a “Laurel Canyon sound” revival, which is basically what Dawes (Oberst’s opener and backing band for his upcoming tour), Father John Misty, and Jenny Lewis, among others, have been pushing for years with varying levels of success. Johnathan Wilson, who does some production and guest musicianship with Oberst on the album, has worked with all of those artists, and maybe the tired, cliched production choices are Wilson’s doing, but they make the 34-year-old Oberst sound like he’s making music for his parents and their generation, who would fawn over the weepy pedal steel of the otherwise affecting “Double Life”, the wooden-snap percussion of “Artifact #1”, or even the horns led by Nate Walcott (always so tasteful in Bright Eyes) of “Hundreds of Ways”, a song that is way too ambling for its own good without the trumpet, and cartoonish with it.

The album suffers from sounding overwrought and too much like the generation that Oberst never used to trust. And it’s hard to accept someone we knew as a young, emotional songwriter in this relaxed, safe environment. But to solely dwell on this ignores the greatness that Oberst finds on Upside Down Mountain. “Artifact #1” displays this for the first time, with the song building to a climactic moment, with Oberst delivering the underscored line, his voice loose and wild, to where he is nearly shouting: “If I had tried to make you mine, you would have walked away/ Life can’t compete with memories, they never have to change.” The line is everything that Bright Eyes was loved for, brought back to life for a brief moment. And, as the album progresses, it proves to be a recurring feeling, an old friend making a welcome return.

The album’s best song, “Desert Island Questionnaire” stuffs its five-plus minutes with direct, thoughtful nuggets, as well as the album’s best musical moment, when Oberst and his backing singers (First Aid Kit on much of the album, but Corina Figueroa Escamilla here) go up an octave, only to be joined by Wilson on a glockenspiel that completes the arrangement perfectly. It’s a song with both surprises and a roadmap, like Oberst had a place he wanted to get to and saw the journey through until he got there. “I’m so bored with my life, but I’m still afraid to die,” he shouts as the song explodes, revealing a final verse of burning buildings and impending ruin that is Oberst at his ideal, like these thoughts were always under the surface and finally bubble to the top with fury.

“I suffered long for you,” Oberst goes on to say on “Common Knowledge”, and you can’t help but want his pain to stop; and if that’s what he has been doing over the past decade, with safer lyrics and duller arrangements, you can forgive Oberst every song. It’s unfair to want someone to be miserable just so his art might appeal more. That said, Upside Down Mountain shows that quality songcraft is still alive in Conor Oberst, and it is just a little bit of plastic surgery away from being relevant again. For now, though, Oberst at least has his first good album in years, and the songwriter’s narrative has a ways to go before we can judge whether he fulfilled all those expectations put on him 20 years ago when he was still a child.