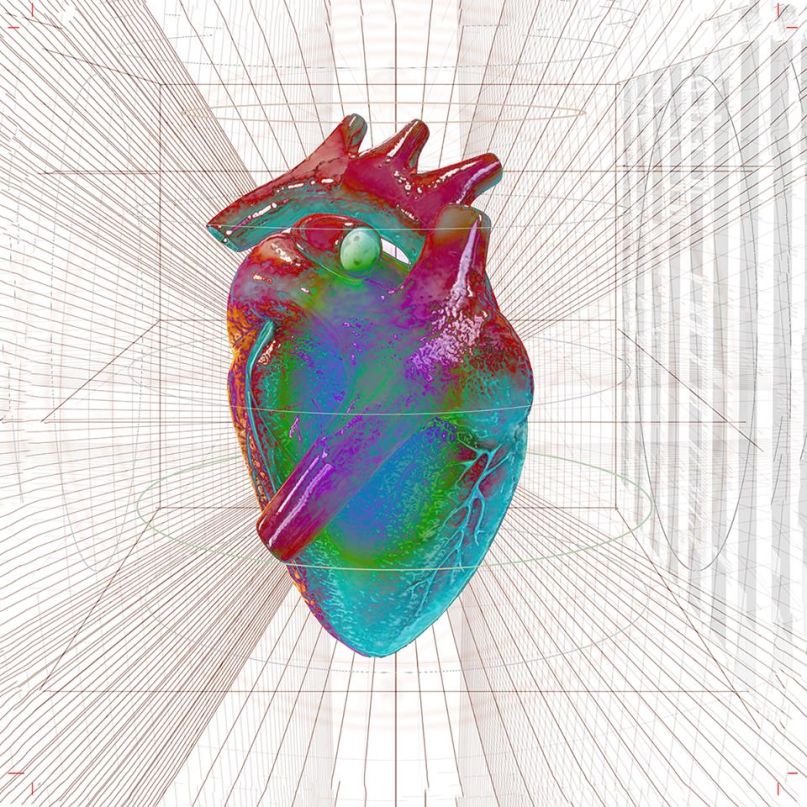 Few manipulate sound and the full visual range of motion of wave frequencies like Dave Harrington does. He understands texture and its relationship with sonics; both static bursts and vibrant activity play a role in his construction and deconstruction of abstract audible labyrinths. With Before This There Was One Heart But A Thousand Thoughts, his first solo EP, Harrington tests the boundaries of electronic music, scaling the fringes of the genre to produce lengthy epics that are as jolting as they are cacophonous.

Alongside Nicolas Jaar as half of the electronic duo Darkside, Harrington’s core sensibilities lie in ambient music — the formless, atmospheric genre that requires a subtle touch. To be effective, the genre — often rightly relegated to setting background mood without requiring direct attention — must be both captivating and relatively ignorable in the same breath. He has also dabbled in downtempo, the genre’s apparent conceptual descendant. Ignoring those principles, Harrington’s solo work deviates heavily from Darkside’s downtempo norms and instead aggressively explores sound, not as an unobtrusive builder of aura, but of intermittent transcendence.

The multi-movement EP (released on Jaar’s Other People imprint) is often on the verge of being completely detached from modern electronica. However, it never strays too far, even when you fear it might venture so deep into the computerized realm that it’ll start spewing binary code. It screams and screeches and bangs and clicks and hums at an unflinching pace that forces the listener to be reactionary. It explores sound for exploration’s sake.

Before This There Was One Heart But a Thousand Thoughts is arranged like an electronic symphony; its two songs are comprised of five movements with empty, silent pockets of air occupying the space between each movement, as if to serve as a momentary reprieve. The EP is at its most enthralling when it’s entirely uncompromising, and the nine-minute “Flash // All-One” — lined with a buzz that sounds like killer bees trapped in radio static — tramps around menacingly before ending with a flourish of shrieking synths. Harrington’s version of ambient is absolutely disturbing and surprisingly exhilarating.

Harrington has proven himself quite adept as a solo act. His EP is bludgeoning to the point of mystification. If given the opportunity, he may drift off into the next galaxy. Still, there’s no shame in staying in this one.