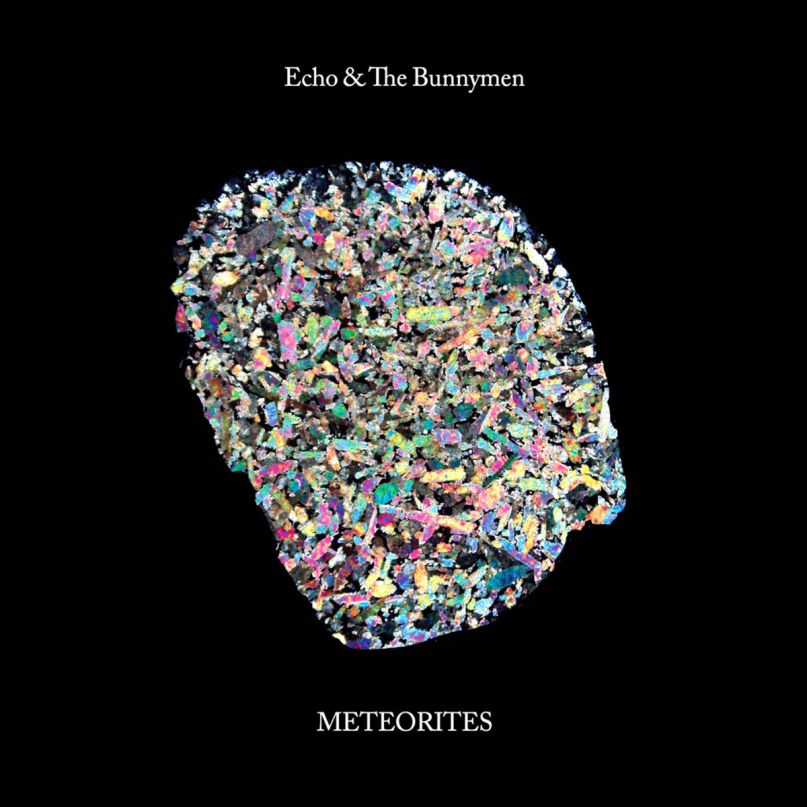 Since founding members and principal songwriters Ian McCulloch and Will Sergeant reteamed as Echo & the Bunnymen with 1997’s Evergreen, they’ve released a steady flow of albums that do no harm to the group’s canon, but don’t do it any favors, either. There isn’t necessarily anything wrong with an artist hitting a plateau; some groups, like Aerosmith and the Red Hot Chili Peppers, have been harvesting economically vital though creatively stagnant crops from their plateaus for decades. It’s just that when acts like Echo & the Bunnymen, once noteworthy and influential but never chart toppers, hit their comfort zone and then return years later with a similar sound, we tend to dismiss them.

My initial reaction to the news that Echo & the Bunnymen were releasing a new album was a rather benign one, along the lines of, “Oh, they’re still doing stuff?” I didn’t swell with anticipation, wondering if this latest collection would render itself worthy of being slated next to the group’s classic period, nor did I cringe that a once inspired group was desperately clinging to any hope of contemporary relevancy. Like many who hold close the group’s first five albums, I just hoped that it sounded like Echo & the Bunnymen. Meteorites, the Bunnymen’s latest entry into their expansive catalog, does just that.

Much has been made about McCulloch’s opening up and going deeper inside himself for lyrical inspiration on this album, much to the credit of the album’s producer, Youth. But when McCulloch describes Meteorites as “more edgy than anything I’ve ever done,” I want to ask for his definition of “edgy.” I also want to ask him about the time he said, “At long last we’ve made the worthy successor to Crocodiles, Heaven Up Here, Porcupine, and Ocean Rain.” It isn’t that this album isn’t good, but with every listen I can’t shake the connection to the group’s final record with the original lineup, 1987’s Echo & the Bunnymen — an album which is by no means edgy, at least not when held up to earlier tracks like “The Cutter” or “Do It Clean”, and is noticeably absent from McCulloch’s list of Echo titles.

From the titular opener through closer “New Horizons”, we are treated to a collection of songs, many of which feature gossamer string arrangements, elevating each track to a symphony in miniature. Certainly there are standout tracks that feature a signature Echo element, like “Holy Moses”, which highlights the group’s penchant to repeat a line (in this case, the song title) ad nauseam. Same with “Lovers on the Run”, which initially sounded like the first “real” Echo song on the album.

The album opens nicely, building a scene but not forcing it out, but there comes a point in “Meteorites” that I thought I was listening to a track off latter-day Pink Floyd albums like A Momentary Lapse of Reason. A Primal Scream feel is attached to “Market Town”, and if that leaves you dumbfounded, while listening to “Explosions”, I couldn’t shake the Black Eyed Peas “Where Is the Love?”. Before you roll your eyes, listen to the song and try not to insert the Peas’ lyrics.

The more I listen to Meteorites, the more I like it, but I think my enjoyment stems from the fact that I enjoy the group’s ’87 self-titled release almost as much as any of the four albums that preceded it. McCulloch may not want to connect this album to that one, but I don’t see how you can’t. Virtually every song on Meteorites finds a companion on the self-titled. That album certainly mellowed the band’s sound, but today, more than 25 years later, when the men in the group are themselves mellower, more mature, and hopefully wiser, why should we expect another “A Promise”? It would make more sense for someone who is claiming to be reaching deeper to give us another “All My Life”, which they do with tracks like “New Horizons” and “Burn It Down”, a smoldering number that makes for one of the album’s centerpieces.

That this album was originally intended to be a McCulloch solo album is not noticeable. There are no hints of his earlier solo albums, though after this long, I ‘d hope that would be the case. Meteorites is certainly not representative of a group evolving their sound or discovering themselves. Why should it be? The Bunnymen, McCulloch and Sergeant especially, have found what works for them and have continued to refine that over the last six albums and 17 years.

Is this album good? Yes. Great? No. But then why should we expect greatness consistently, especially in a field that has so many artistic peaks and valleys? After all these years, the pairing of the two main Bunnymen has re-arrived at a point where we can be comfortable in knowing that whatever they put out will sound like Echo and the Bunnymen, regardless if it’s a plateau or holding pattern. And though the two men may feel that this is the most personal album yet, musically, Meteorites sounds more like Echo & the Bunnymen without its whimsy.

Essential Tracks: “Lovers on the Run”, “Burn It Down”, and “New Horizons”