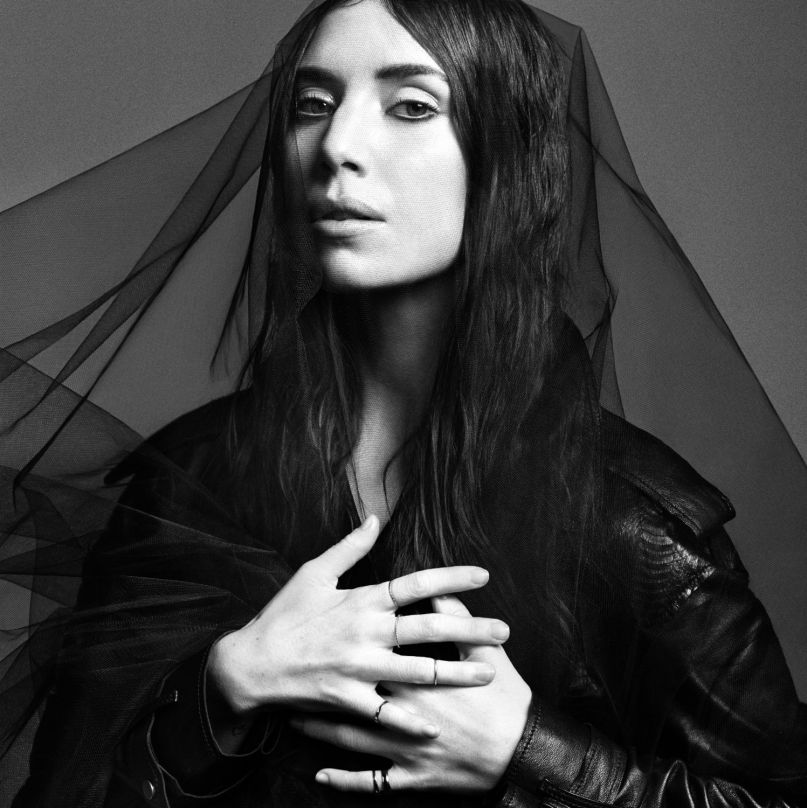 There’s a striking moment on I Never Learn, the third album from Swedish songwriter Lykke Li, that comes at the conclusion of the opening number, its title track. An avalanche of strings and acoustic strums have just about buried the listener when the song stops quite suddenly, and it seems right to think, Did that song have any vocals at all?

It did. It opened with a solid couple minutes of buildup to that instrumental blanket of icy permanence. And yes, the music might seem cold, but when you’re surrounded by it, enveloped in it, it can keep you warm, too, like a glacier cave or an igloo.

That dichotomy is why we listen to breakup albums, and rarely are they as stubborn and extraordinary as this collection. Much like Angel Olsen’s also excellent album from this year, Li isn’t exactly blazing new territory in terms of emotional revelation but is in uncomfortable territory, realizing that her voice is her own and using it for what feels true to her. We’ve heard her take detours here on “Unrequited Love” and “I Know Places”, but a full album in this gear is bold, especially for an artist peaking in terms of attention she is given. Upon the album announcement, there was a quote Li told to Rolling Stone about “not being seen as a pop artist, but as a songwriter.” It’s kind of sad that the connotation of pop is that Li felt like she wasn’t taken seriously as a songwriter, because she is a special one. And she’s not alone with other great songwriters boxed in as pop stars by people with agendas beyond the analysis of their music.

I Never Learn isn’t without the possible pop hit, though. “Never Gonna Love Again” is a power ballad with dramatic chorus and enough wow factor to make it feel like the pop payoff we’d expect from Li, sort of like this album’s “XO”. But rarely does the rest of the LP strive for a similar emotional catapult.

Most of the affecting moments don’t really depend on the arrangements but tighten their grip with just the fingers of sentiment and conviction. “Love Me Like I’m Not Made of Stone” is almost tearful in its titular plea, with Li somehow able to hold the sorrow back from swallowing the song before it ends (the singer even loses some of the lyrics for the final chorus, as if she just can’t get all the difficult words out of her throat). It’s not the kind of song that makes you feel sorry for her but angry at the cause of her pain, while Li sings the song with the futility of a scream into the Grand Canyon, backed by the sparest arrangement on the album, aided by a tunnel of reverb that makes her sound omnipresent. It’s just perfect, and maybe Li’s best song yet.

Another highlight, “Just Like a Dream” is sung with similar heartache and a similar spine. Even when she is singing such vulnerable sentiments, the kind most would fear actually expressing to someone, Li begs with bravery for her lover to come back, to stay, to never leave. The tasteful snare rolls and orchestral swells add the right ornamental flourishes to make it feel complete and full, but it is all sold in the honesty you can hear. It’s hard to prove you can hear emotional honesty, but at worst, Li is great at faking it.

With just nine songs in the collection, there isn’t room for missteps, and this makes the gospel choir of “Heart of Steel” seem a little more imposing than it really is. The song needed something for the chorus to make it stretch across the album’s approaching horizon, and Li seems set at not repeating herself, but it still jars when the choir jumps in, and the penultimate song is likely not the right place to introduce a sudden shift like that. Fortunately, closer “Sleeping Alone” erases this memory, with the haunting sentiment repeated over and over: “We’ll meet again,” giving irony to the title and idea of the album, that she never learns, as she readily admits a desire to go through it all again, a willingness to take the hurt if she gets the love, too. It’s a gamble we all take over and over, one we almost always lose.

Albums like Li’s and Olsen’s may hurt to hear at the wrong time, but hearing someone sing the thoughts and wishes that you never vocalize is cathartic for both the songwriters and listeners. Surprisingly, it is the opening song’s brief vocals that may be the most important on I Never Learn. Delivered in a hurried cadence, she sings, “I been stung by a star seed honey/ His love burns like a lightning honey/ I’m right here, I’m your star-crossed lover/ I lie here like a starless lover /I’ll die here as your phantom lover/ I never learn.” By rhyming the same words without concern and just in the structure of the sentences, the song frames the album in urgency, which a quickly strummed acoustic guitar only enhances. And to follow this urgent framing with a healthy instrumental coda, it almost comes across as an irrational song, driven by deep pain and frustration, which makes sense when considering the irrationality of the heartbroken and lovesick. But if you buy into all of that, Li has you following her anywhere, and over three albums, she hasn’t let us down yet.

Essential Tracks: “Love Me Like I’m Not Made of Stone”, “Just Like a Dream”, “I Never Learn”, and “Never Gonna Love Again”