Protomartyr – Under Color of Official Right 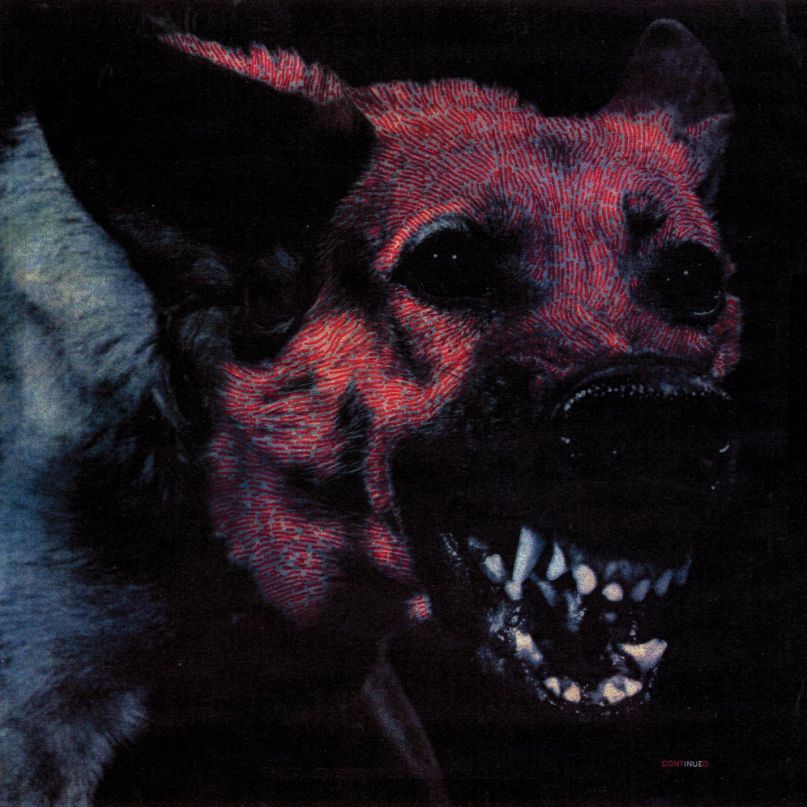 Can cagey post-punk and ringing indie pop melodies share an unholy union? Of course they can. With workmanlike focus and shadowy charm, Detroit band Protomartyr’s Under Color of Official Right, the follow-up to 2012 debut No Passion All Technique, chastises you for asking the question.

Protomartyr takes you to task in the gruff, sometimes comically severe voice of frontman Joe Casey, whose alternately sing-songy and yelping vocalizations lend Under Color much of its stylistic weight. On “Tarpeian Rock” — which takes its title from the deathly cliff from which criminals and condemned slaves were flung in ancient Rome — he manages a spot-on Mark E. Smith impersonation, unleashing a string of shouted taunts (“Emotional cripples! Gluten fascists! Alt-weekly types!”) as the band settles into a dubby, fracturing groove amid repeated cries to “Throw them from a rock!” Elsewhere, he delivers a strangely agreeable bark (as goes the title refrain of “Want Remover”) or a half-spoken, half-on-key croon (“Ain’t So Simple”, “Trust Me Billy”). The best of the croony, melodic cuts is “Violent”, where Casey’s eerie hook (“If it’s violent, good/ Cause if it’s violent, then it’s understood”) keeps time with drummer Alex Leonard’s restrained rumbles and chiming chords from guitarist Greg Ahee.

Though adept, it’s not entirely an original racket. Much of Under Color of Official Right could be reasonably mistaken for early Wire or Mission of Burma rarities, such that lyrical references to Alice in Chains or Judge Mathis feel fleetingly disorienting. There’s hardly a weak track across the album’s 14, but even at barely half an hour in length the stylistic reference points grow samey, while quick punk bursts like “Son of Dis” are less compelling than lengthier build-ups where the instrumentalists have room to strengthen their grooves (“Scum, Rise!”, “What the Wall Said”).

Under Color was reportedly shaped in a freezing Detroit warehouse-turned-practice space for months, but it was recorded in a single weekend elsewhere in Michigan. It’s tough not to wonder what another few days of recording could have wrought. But Protomartyr’s influences tightened their post-punk screws after their debut, and if this is Protomartyr’s Pink Flag, their Chairs Missing will be stellar.