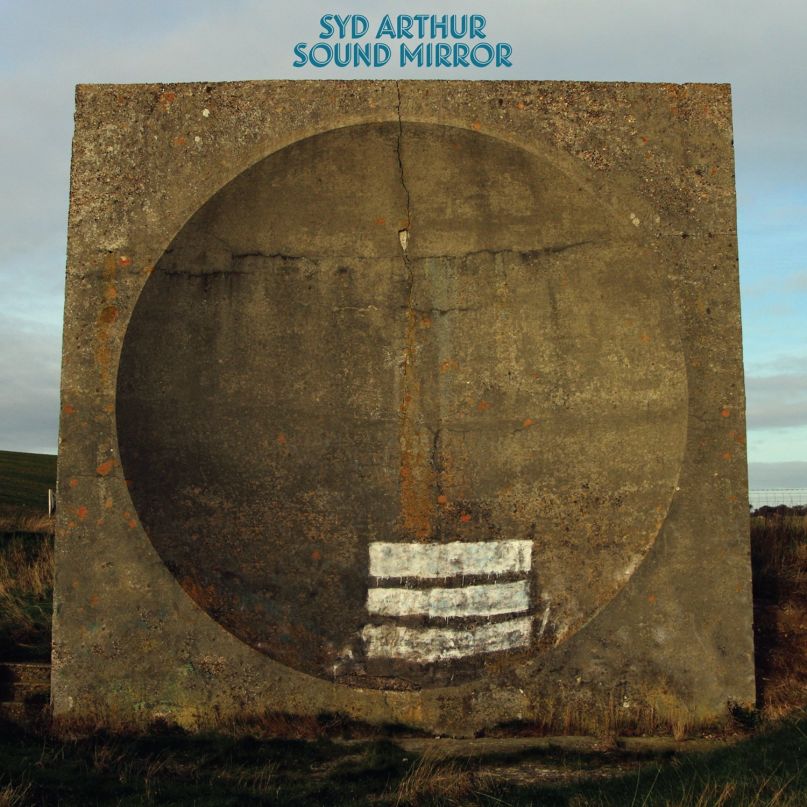 On their 2012 debut album, On An On, the Canterbury four-piece flaunted their love for all things psychedelic and progressive rock. Almost too much, in fact. The band — comprised of Liam Magill (vocals, guitar), brother Joel (bass, vocals), Raven Bush (violin, keyboard, mandolin), and Fred Rother (drums) — stretched to a near breaking point, their sheer desire to cram in everything from ’60s psychedelia, blues rock, jazz fusion, folk, and more ultimately served as the LP’s Achilles heel. That’s not to take away from Syd Arthur’s technical ability or taste. Rather, their music, a worldly and dynamic blend encompassing Jethro Tull and Janis Joplin as much as Radiohead and The Mars Volta, simply didn’t translate as well as it could due to overly ambitious execution.

But, two years later (and a record deal with the newly revived British label, Harvest Records), and it seems the band has gotten a better grasp on what exactly it is they want to accomplish. On sophomore album Sound Mirror, self-produced and mixed by Grammy-winner Tom Elmhirst (Adele, Arcade Fire), Syd Arthur tidy up, untangling and, most importantly, filtering their sound down to only the most resonant and effective elements. Whereas some moments on On An On felt bogged down with components that overlapped and messily stepped on one another’s toes, Sound Mirror is a pillar of restraint and efficiency, an impressive step forward that actively highlights the band’s strengths.

According to the band, Sound Mirror was named after the concrete structures found on England’s coasts, built to detect enemies during the pre-WWII era. The album feels aptly titled, a nod to not only the all-consuming “wall of sound” effect of their songs, but also to the self-reflection it took to produce this focused sound. This approach can likely be attributed to the time spent on the road, opening for popular acts like Vampire Weekend, Sean Lennon, and Paul Weller. “It taught us that you’ve got to be a bit fatter in your delivery,” Bush mentioned in the accompanying press release. “The intricacies don’t always come across the same way when you’re playing a bigger gig. It’s the main points that you’re trying to say that become important.”

Now, razor-edged and reverb-heavy guitars are allowed to cut through and remain front and center without fear of a violin abruptly interjecting and stealing the spotlight (“Hometown Blues”). Similarly, the weirder and more experimental ventures aren’t left to run amok, unchecked and manic like some acid trip gone wrong; they’re balanced out nicely with smooth, sweeping, pop-inspired melodies, as on “Garden of Time”. There’s even a mellowed-out number that sees frontman Liam Magill as a folk-ish Thom Yorke (“Backwardstepping”). Syd Arthur had teased this sort of arrangement in the past but here prove they now know how to properly utilize them. It can be a cliche to point out a second album as a sign of maturing, but maturity (not to mention confidence) certainly goes a long way, both of which Syd Arthur wear proudly on their sleeves this time around.

Of course, the album is not without its pitfalls. There are still instances where the band lose sight of themselves, either not allowing the real heroes of the songs to take full control or plainly not recognizing where to trim the fat (see “Forevermore”, “All and Everything”). Moments like these feel as though the song in question has many different beginnings, but never any real end or direction. Even so, Syd Arthur have made stark improvements over their debut. While not without its flaws, Sound Mirror is the group’s most cohesive and inspired work yet and paves the way for more promising output in the future.