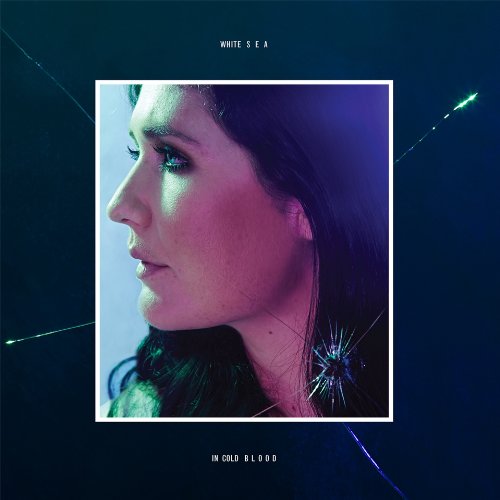 Go big or go home. That appears to be the mindset behind In Cold Blood, the debut full-length of longtime M83 collaborator Morgan Kibby’s solo project, White Sea. Subtlety flies out the door as opener “They Don’t Know” reaches for the stars with roaring synths and celestial choirs, a synthpop anthem of unabashed grandeur.

It’s no surprise that In Cold Blood, and especially “They Don’t Know”, recalls the recent work of M83. The most obvious comparison point would be that band’s breakthrough single “Midnight City”, because Kibby provided not only the vocals but also collaborated in the writing, production, and arrangements. Essentially, White Sea comes from a vein very similar to that of her work with Anthony Gonzalez, but with truer pop ambitions.

The dramatic In Cold Blood is layered with in-your-face synths that not only recall the ’80s, but put them on an idealized pedestal for the sake of those too young to have actually lived them. On “Future Husbands Past Lives”, Kibby marries disco decadence with Stevie Nicks’ seductive pop sensibilities. Paradoxically pairing foreboding industrial bass lines and an addictive, sweet melody, “Prague” is a captivating taste of synth-driven rock. Although the album’s second half doesn’t quite maintain the momentum built by the first several tracks, closer “It Will End with Disaster” abbreviates the album by jumping from orchestrated heartache to the therapeutic joy of a Donna Summer party.

On first listen, Kibby’s stratospheric vocal style can reach overwrought territory, specifically with the frequent acceleration from ethereal to formidable. For In Cold Blood, however, this approach (and her resultant ability to convey strong emotions) infuses the album with a level of high drama that puts White Sea in the higher tiers of ’80s-worshipping synthpop outfits.