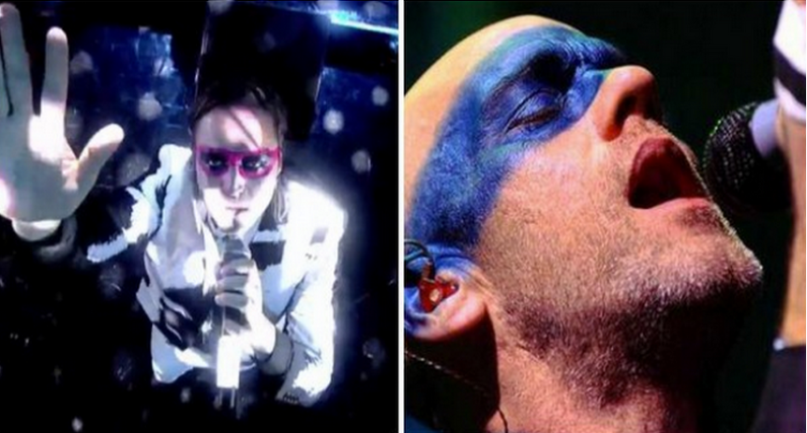 Arcade Fire’s Reflektor tour rolled into Atlanta on Friday night and once again, the band reserved room in their setlist for a cover of a local band. Appropriately, they paid homage to the state’s greatest rock band (and Win Butler’s personal face paint dealer), R.E.M., with an energetic rendition of “Radio Free Europe”. Listen in below.

In case you haven’t noticed, it’s been a busy week of Arcade Fire news. Not only did they perform an unreleased song called “Get Right” and appeared at the iHeartRadio Music Awards alongside Aaron Paul, but just last night, they released a teaser trailer for their “We Exist” video, starring Spider-Man actor Andrew Garfield. The band is next set to play at the New Orleans’ Jazz Fest on Sunday night, and I really hope I’m writing up their cover of “A milli” come Monday morning.