Billy Corgan cuddles with cats on the cover of PAWS Chicago 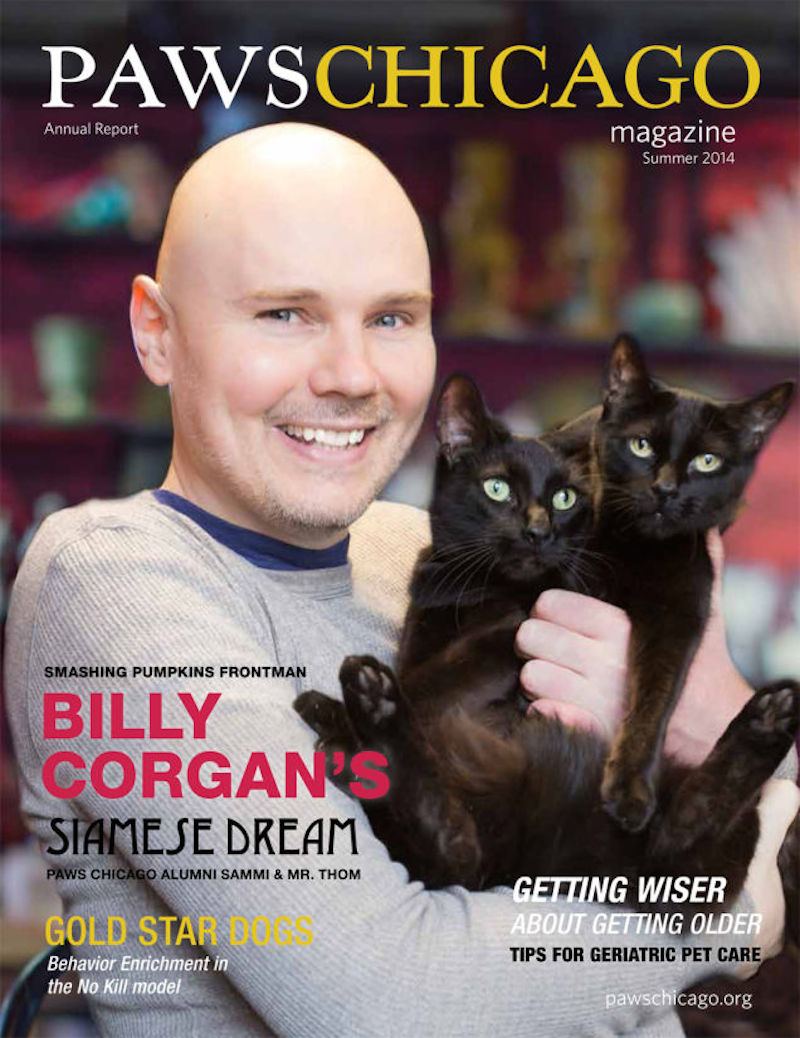 Even though Billy Corgan’s been busy working on two new Smashing Pumpkins albums — with Tommy Lee, no less — he’s still found time to cuddle with man’s other best friend.

Corgan appears on the latest cover of PAWS Chicago, the annual magazine distributed by the no-kill organization/adoption center of the same name. In recent years, Corgan’s been an ardent supporter of PAWS, raising over $100,000 for the center by auctioning off two unique “private concert” experiences.

Who are those cute, furry friends of his, you ask? Why that’s Sammi and Mr. Thom, two cats Corgan adopted from PAWS. More like P-AWWW.

For the hell of it, check out the Pumpkins’ cover of The Rolling Stones’ “Stray Cat Blues”. It’s the cat’s meow.