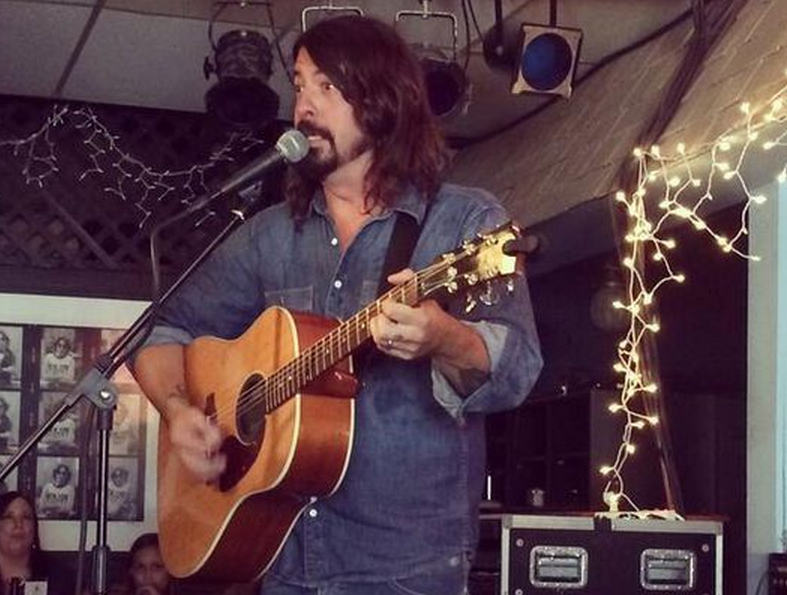 As The Tennessean reports, Grohl appeared at Bluebird Cafe on Wednesday night, where he performed an intimate solo set to a crowd of 100. He introduced himself by saying, “My name’s Dave Grohl. I’m a drummer,” though he played an acoustic guitar the entire show.

Once again, Grohl kept songs from Foo Fighters’ new album close to the vest and instead ran through a set of the band’s greatest hits, including “Big Me”, “Friend of a Friend”, “My Hero”, “Skin and Bones”, “Wheels”, “Learn to Fly”, “Ballad Of The Beaconsfield Miners”, and “Everlong”.

Following the performance, he reportedly told the audience that he was going to run outside and scream because he had never played such a quiet show before. After all, this guy is accustomed to rocking out on top of a bar while doing Jäger shots.

The Tennessean adds that a camera crew filmed the entire performance, but Grohl never revealed why he was in town. Ugh, why does this band have to be so mysterious?