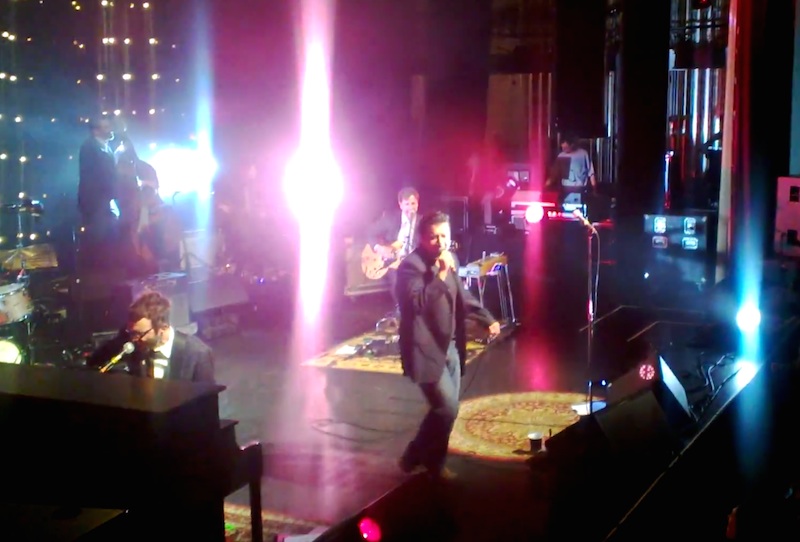 Last night, former Journey frontman Steve Perry returned to the stage for the first time in nearly two decades — and in quite the unexpected way.

The singer randomly appeared during an Eels concert at the Fitzgerald Theater in St. Paul Sunday evening. There, he and Eels rattled off a few Journey classics like “Open Arms” and “Lovin’, Touchin’, Squeezin'” to a shocked and overjoyed crowd. Watch fan-made footage below.

The unannounced cameo marked the first time Perry had performed publicly since the ’90s. He initially left Journey in 1986 due to personal and creative differences and the success of his solo career at the time. The band briefly reunited 10 years later for their album Trial By Fire, but Perry again went his own way shortly after. He’s reportedly working on the follow-up to his 1994 solo LP, For the Love of Strange Medicine.