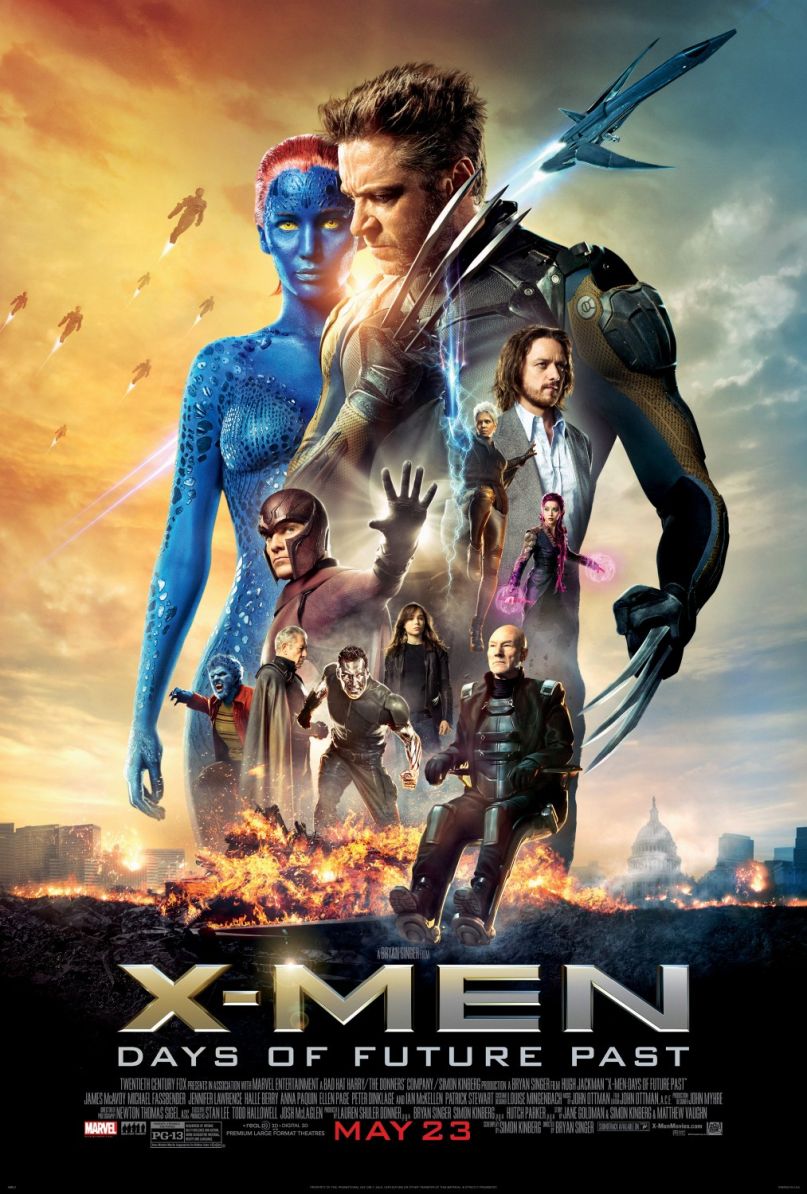 Oh dear, X-Men: Days of Future Past is the seventh film in this series? This was a risky gambit, at five, no, seven, probably more leads, with time travel elements, a deep budget, genre tropes and needs, and the inevitable concern that this was a last-ditch effort by a studio looking to milk its comic book property for everything it has left while flying in the face of franchise fatigue. Yet, we got lucky.X-Men: Days of Future Past is now the third comic book superhero movie of 2014, and easily the most enjoyable and alive of the bunch. As a re-up on a 14-year-old movie franchise about alienated mutants, this doesn’t feel like a seventh film stalling to maintain its box office legs. This is a functional, standalone actioner.

Think about it. This is the seventh entry in a decidedly indecisive series of movies known for set pieces and characters that lack real names. We see X-movies for the Wolverines, Magnetos, Nightcrawlers, and other kind of dweeby-sounding super-names doing light and magic shows. Yet, this film reaches new emotional highs, character depth, and visual trickery seldom seen in previous installments. This X-Men is fun, like Bryan Singer’s previous effort, the 2003 X2: X-Men United – light on its feet, light on story.

Ignore the over-plotted time travel stuff, and at its best Days of Future Past is an action flick that’s simply about second chances. Wolverine (the apparently immortal Huge Jacked-man) is back and more grizzled than ever, with a time-travelling task: save the X-Men from killer robots in the near future.

See, Wolverine’s regenerative powers – both literal and commercial – make him the prime candidate to go from 2023 back to 1973 and muster up some mutants to take on these robots, the Sentinels, created by Bolivar Trask (Peter Dinklage, fine). He must convince a young and despondent Professor Xavier (a merry, scenery-chewing James McAvoy) that the X-Men should get the band back together to stop those lousy mutant-bashing robots.

From there, it’s an amusing, melodramatic heist movie, really. Mystique (Jennifer Lawrence, kicking a lot of ass) is a bold blue woman and we hear her roar from Saigon to Paris. Young Magneto (Michael Fassbender) is intense, villainous, and shifty-eyed like a villain in this kind of movie should be.  Beast (Nicholas Hoult)… is X’s manservant, but he is blue, furry steel when called to action. Quicksilver (Evan Peters) gets to be the film’s showcase CGI set-piece, moving around faster than the speed of light to the tune of Jim Croce’s “Time In a Bottle.” He’s this film’s Nightcrawler for 2014, showcasing his super-speed skills in one marvelously choreographed, edited, and designed scene.

They all have pains and are struggling with change, whether it’s the era they’re in, their relationships with each other, or understanding what their powers and purposes are. Everybody’s got plans, and everybody comes together to pull off one big scene after another. Despite the intimidating cast of characters, and sense of dense plotting, at its core this is a comic book movie just looking to have a good time. Finally! The Amazing Spider-Man 2 and Captain America: The Winter Soldier kind of forgot that in their attempts to seed out more sequels.

Can a mutant with certain powers lift an entire baseball stadium realistically or believably? Here, certainly, and it’s fun to see. There’s lot of neat stuff like that on display.

X-Men: Days of Future Past is a big, bold whoosh of a summer stunner that allows itself to have some damn fun even when it’s overextending its characters and awkwardly ret-conning its own franchise.

It should be noted, there is some historical play that merits wincing. In particular, the details surrounding the life and assassination of John F. Kennedy become historical reference jokes that seem tacky. It’s mostly forgivable against the bonanza of a good time that this film is.