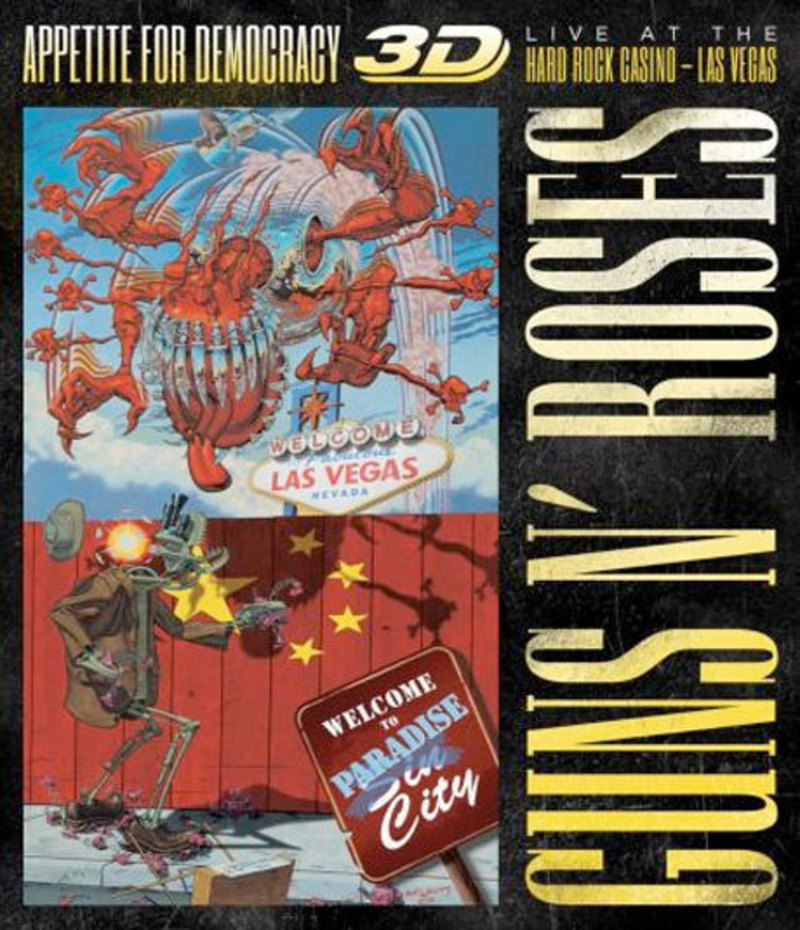 Gun N’ Roses are currently in the midst of a nine-date residency at Hard Rock Hotel & Casino in sin-sational Las Vegas. More than just an opportunity for cheap craps and $5 shrimp buffets, this latest string of dates could be seen as a do-over following their disastrous run in 2012. Also at the Hard Rock, that residency was fraught with controversy from day one, including “robot rape” posters and guitarist DJ Ashba’s involvement in a police investigation.

For whatever reason, though, the band’s decided to commemorate the 2012 residency with a brand new concert film (via Exclaim!). Due out July 1st on Blu-ray and DVD via UMe, Appetite for Democracy 3D: Live from the Hard Rock Casino captures the band’s November 21st concert. At the time, GNR was supporting both the 25th anniversary of Appetite For Destruction and the fourth anniversary of the near-mythical Chinese Democracy.

As such, the 26-song tracklist prominently features tracks from both LPs, fan favorites “Don’t Cry” and “Civil War”, and covers of Pink Floyd (“Another Brick In The Wall Part 2”), Bob Dylan (“Knockin’ On Heaven’s Door”), and Wings (“Live and Let Die”). Guitarist and Replacements member Tommy Stinson also delivers his original song “Motivation”.

The DVD version is available as standard 2D, while the Blu-ray comes with 2D and 3D versions and a 3D photo gallery. Both releases feature an interactive component called “The GN’R Appetite for Democracy Official App”, which links to offers for exclusive merchandise and other goodies.

Below, watch the film’s trailer followed by the full tracklist: