Here are the 25 Worst Band T-Shirts 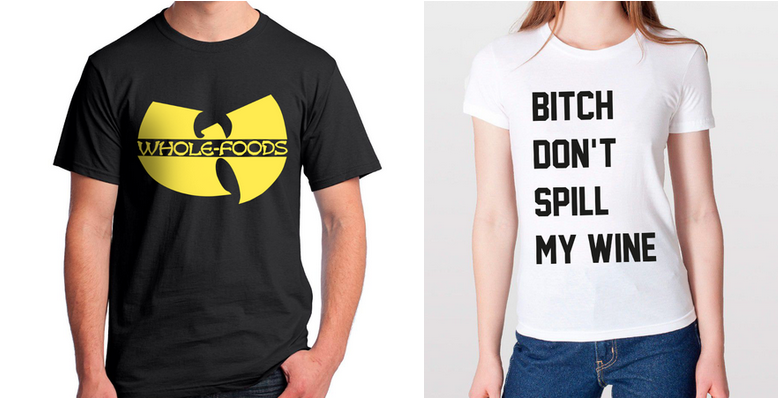 Recently, fashion designer Tim Blount launched a line of t-shirts dubbed “Rap Shirts for White People” in which classic hip-hop logos and lyrics were re-imagined to poke fun at white stereotypes. The reaction has been mixed, with some calling the designs “painfully accurate” and others accusing them of being racist. Whichever way you side, one thing is certain: the t-shirts are doing some good, as 100% of proceeds are being donated to charity. They also got us thinking about other ridiculous, asisine, and downright offensive band shirts that aren’t necessarily dripping in satire.

Here’s a collection of the 25 worst band t-shirts actually being sold at a merch stand near you. Warning: some of these are pretty offensive and definitely NSFW.