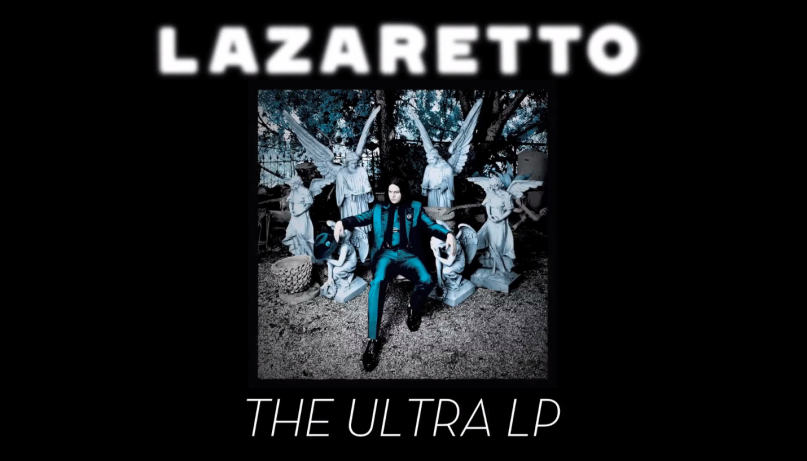 It may be hard to believe, but Jack White has something unique planned for the vinyl release of Lazaretto. The man who previously released a single via 1,000 helium balloons, invented the triple decker vinyl record, and recorded, pressed, and released a song all in one day has pulled out all the stops for the “Ultra” 12-inch vinyl edition of his sophomore LP.

— Side A begins on the inside of the record and plays outward. The outside edge of the record contains a locked groove that plays over and over again. Apparently, this is the first time something like this has ever been done before.

— There are two vinyl-only songs hidden beneath the center labels.

— The first song on Side B (“Just One Drink) contains two different intros: an acoustic and electric. Utilizing “double-groove technology”, the two versions eventually come together to become one song.

— Its the first record to have both a flat and flashy finish. The matte finish on Side B gives the appearance of an un-played 78 RPM record.

— Side A contains a hand-etched hologram of a floating angel.

— The vinyl contains different mixes of songs than the digital versions, plus different running order. It was mastered without any compression.

Watch Jack offer a guided tour of the record below. Lazaretto arrives officially on June 10th through Third Man Records. Pre-orders are ongoing.