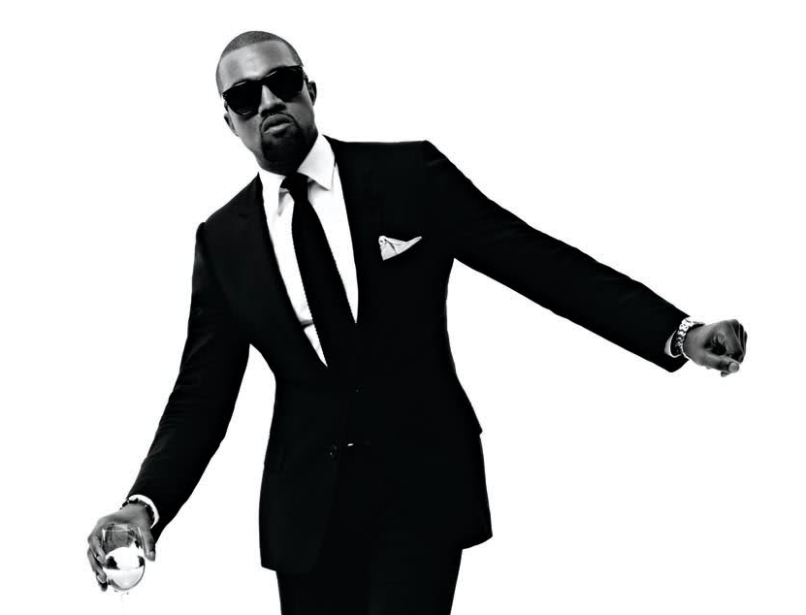 Kanye West may be “God Level”, but is he Mayor material? One Chicago resident thinks so.

As a commenter on KanyeToThe points out, there is now a website called “Kanye West For Mayor of Chicago In 2015” that lays out all the reasons why Yeezus should be watching the throne of the Windy City. The creator of the site, who goes by “Ben”, is at times rather convincing, highlighting Kanye’s obvious charisma and his connection to the city’s people and history.

“Nobody in Chicago are organized or powerful enough to lead the movement,” he explains in one section of the site. “‘Leading’ means providing enough charisma to motivate massive public participation and enough organizational savvy to make that participation meaningful.”

This is no silly media stunt, either; it’s a legitimate plea to improve Chicago. “I’m serious,” Ben insists in another section. “I don’t like the direction that the city is heading in and think that an internally diverse, multipronged social movement lead by a charismatic and problematic leader is the best way to ahead another direction. Kanye West is the best such leader I can think thought of, so that’s why I made this website and am organizing this show.”

He even goes so far as to single out some of Kanye’s best quotes from songs and interviews past, many of which show he might be better suited for Rahm Emanuel’s job than we thought.

Below, read Ben’s open letter to Kanye, in which he adamantly pleads his case:

Here’s an idea for how to write some history.

Right now your home city is ruled over by a Mayor whose allegiances are not with the majority of Chicagoans.

I want to invite you to run for mayor of Chicago in 2015 and make it the best city in the world. Doing this would require fixing some big problems.

There are four main ones: the schools are awful, the public transportation system is subpar, it isn’t a democracy, there are too many shootings.

The PISA tests measures the national abilities of fifteen year olds in every country in the world. Our current education system imitates the top top winners, China, Japan, Korea, and Singapore. This model does not work very well: the US ranks 26th in Math, 21ST In science and 17th in reading. In 2012 Finland came in 11th in the world for math, 5th for science, and 6th for reading. Not the best but still very good. Finland is also like us a very multiethnic society with many immigrants and obscure class structures.

How does the Finnish system work? Except for one final exam there are no standardized tests. The classes are small (average 12) and so the teachers can know all their students. There aren’t many exams and no homework until kids enter their teens. Individual teachers are treated as independent researchers. If a kid has a problem teams of teachers work one-on-one. There are more arts and crafts and learning by doing, and they get longer breaks and recesses. They don’t expel people or hold people in grades either.

If you propose this as a goal people might attack you, but they will look like racist schmucks: this is the treatment that rich white kids get already, why shouldn’t everyone get it? Besides it works! Finland! Finland!

Also demote the principals to teachers and split the principal salary up between an elected student, a teacher, a parent and a staff member. Science tells us that humans care more and better when they have a say in running things.

The best means two things: one is that it takes people where they want to go, two is that it is affordable, preferably free. How to do this?

Ask for the help of the internet. Have a contest. Specify that all proposals must be (1) low-cost to users and (2) cooperatively run: whoever runs the system benefits of it. Get experts to evaluate the different solutions. Strike up a deal with organized labor to raise the capital to fund the new infrastructure.

Initial triage: Decriminalize drugs. Use the police to resolve conflicts and broker treaties instead of interfering in our personal lives.

Deep strategy: Make a public promise that everyone has a productive part to play in making the New Chicago. Live up to the promise by raising 2 billion dollar fund with help of organized labor and sponsor massive creation of cooperative housing and public amenities across Chicago.

4. BEST DEMOCRACY
Imagine what would happen if a cop arrested you and you said, “Excuse me, you’re being rude, I’m a citizen and therefore your boss.” It probably wouldn’t be good. However you would have been right. The police do work for us. So do all civil servants. That is why they are called civil servants. It doesn’t feel like that often: it feels often like they are in charge. If Chicago is going to be the greatest city in the world this is going to have to change.
How to fix the problem: Turn over control over police, licensing and local judicial matters to neighborhood councils. On the local councils there are two high schoolers elected by the student body, six people elected by the local population, and two elders elected by the local seniors.

Not to put any pressure on you but you are the only person in the world who could make this happen. There isn’t anyone else who (1) is wealthy and famous enough (2) is from Chicago, and (3) may actually understand the problems with the city.

“Mayor” can mean many different things. Right now it means a servant of a very narrow elite who exerts massive public relations energy to disguise this fact. Under your administration it would mean a combination of role model, consultant, and design chief. It would probably take 8 years to get all this work done but just think what would be possible after.

If you’re interested and want a way to prove yourself consider leading a movement to eliminate gun violence in Chicago starting this summer. This could be done by organizing grandmother’s all across chicago into “Grandmothers Unions” and then working with them to resolve conflicts. It could be done by targeting every potential “at-risk” human and offering them meaningful work designing and building cooperative houses and restaurants. It could be done with parties. Whatever works.

In other news, Mr. West got himself hitched in epic fashion over the weekend. When he returns from all the wedding festivities, he can hopefully ponder his political career, or ya know, finish up his new 12-song album.