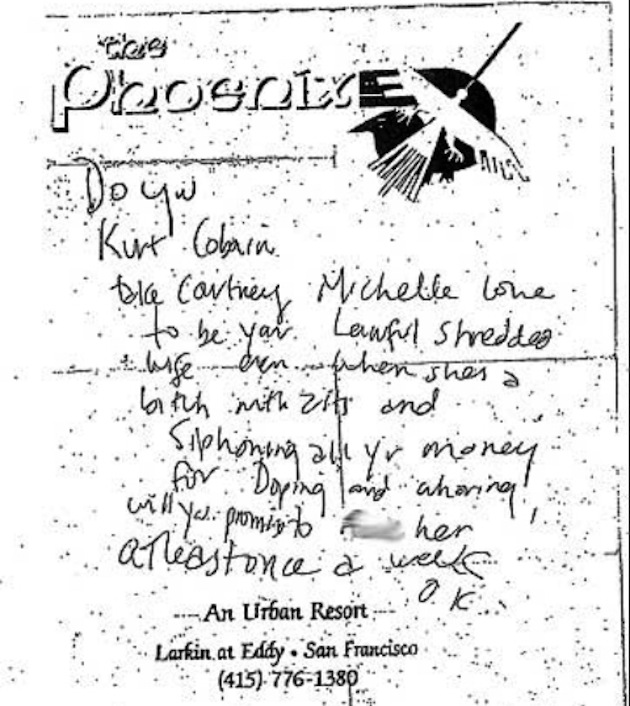 Earlier this week, Seattle police released a letter found in Kurt Cobain’s wallet after his death. Based on the initial excerpt, it appeared to be highly critical of his wife, Courtney Love, leading some to believe their relationship may have been even more fractured than initially thought. However, Grungebook has now shared the full contents of the letter and it tells an entirely different story.

The full letter reads as such:

“Do you Kurt Cobain take Courtney Michelle Love to be your lawful shredded wife, even when she’s a bitch with zits and siphoning all [your] money for doping and whoring. “Will you promise to fuck her at least once a week, O.K.”

In fact, according to Mark Yam, the author of Everybody Loves Our Town: An Oral History of Grunge, the note was actually written by Love.

So, sorry to be the bearer of bad news for all you Kurt Cobain conspiracy theorist, but this appears to be another dead end.