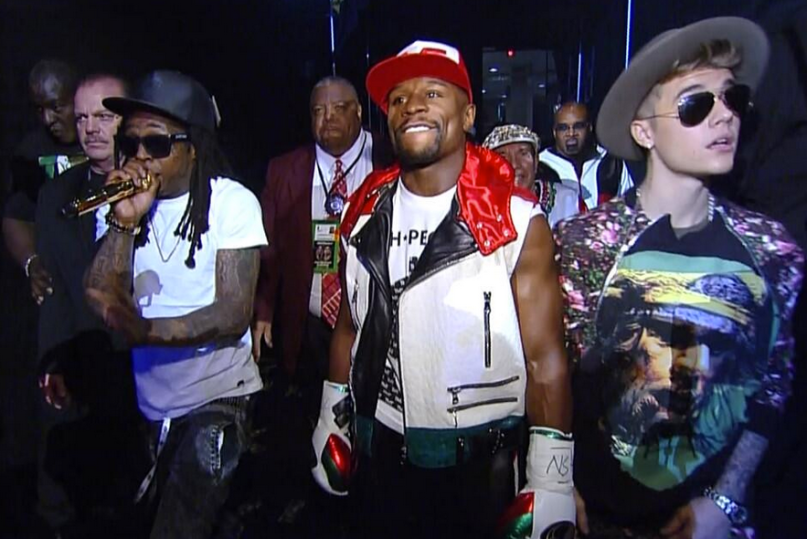 When you’re Floyd “Money” Mayweather, you ‘re able to do things like have Lil Wayne live soundtrack your entrance into a boxing fight. Weezy accompanied Mayweather ringside prior to tonight’s match against Marcos Maidana, delivering the live debut of his new single “Believe Me”. Drake couldn’t make it, so Mayweather instead had Justin Bieber mean mug for the camera. Once again, this is why we can’t have nice things.

“Believe Me” serves as the lead single to Wayne’s Tha Carter V. Hopefully it proves as exciting as tonight’s match. Spoiler Alert: Maidana was robbed.