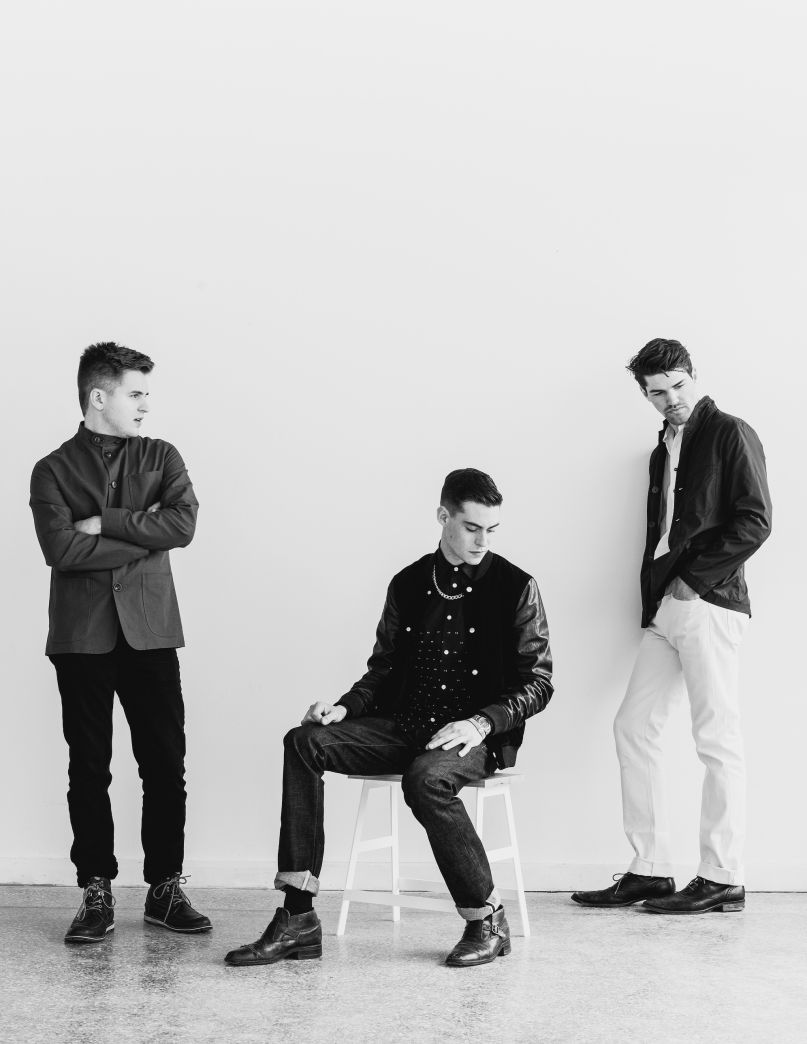 Seattle’s Beat Connection emerged onto the scene with 2012’s The Palace Garden. Since then, they’ve spent much of their time touring the world, honing their shimmery and occasionally psychedelic blend of high-spirited electro-pop. Now, two years later, the band returns, a little older and a little wiser, with their new single, “Hesitation”.

Here, the newly expanded trio delves into the realm of disco. The band’s otherwise bubbly synth parts are paired with funky grooves, handclap drums, and off-kilter studio effects, lending both increased sex appeal and a bit more quirkiness. According to keyboardist Reed Juenger, the track itself is about letting go and trying new things, a motif they plan to further embrace with subsequent singles and releases.

“‘Hesitation’ is simply that — a moment of doubt,” said Juenger. “Telling for our first single in a few years, but for us it’s more about its converse; not waiting for someone else to give you a go ahead, but to step up and take a chance and to let go of that biting self-doubt. I guess it’s sort of about making your own decisions in your own way and without waiting, or needing to jump on, or off, some type of bandwagon. Make moves.”

The band has a string of upcoming dates, including slots at the Capitol Hill Block Party and Austin City Limits festival. Consult their full schedule below.