Listen: French For Rabbits’ new song “The Other Side” 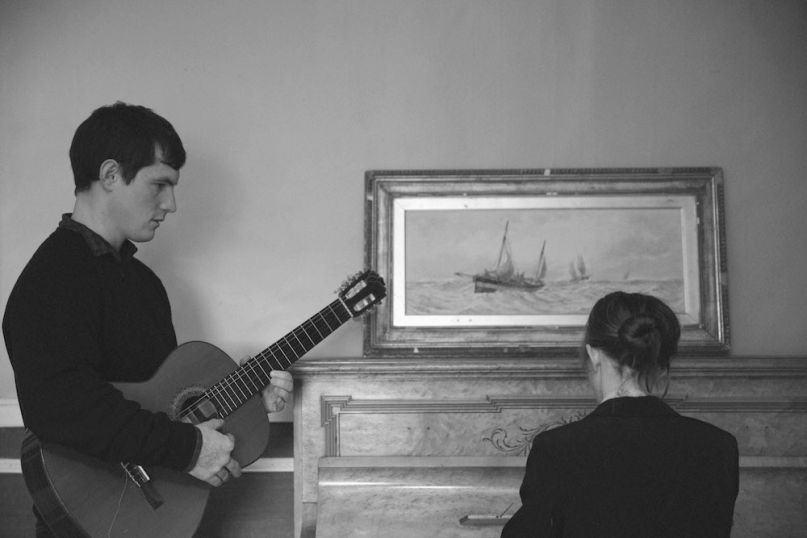 This week, New Zealand dream-pop duo French For Rabbits celebrate the release of their debut U.S. single. Due out via Lefse Records/Fat Possum, the 7-inch features the lovely folk-tinged “Goat” and this newly unveiled B-side “The Other Side”.

Calling to mind Beach House and Daughter’s own beguiling melodies, “The Other Side” glows with tenderness and charm, as vocalist Brooke Singer carries a wealth of emotion in her smoky, soft-spoken croon. Listen in below.

I was thinking about vices, and how the only person who is capable of fixing them is the person who has them – they are responsible for changing the way they live. It’s also a song about sticking around for friends, (and) sometimes you have to let them learn hard lessons on there own…

I think there is a little bit of inspiration in there from an All Saints song “Pure Shores” – I love that song! It’s a ’90s classic. Speaking of “Pure Shores” – I was also dwelling a little on how the New Zealand government and how they are allowing deep-sea oil drilling along of our coastlines. I think our government’s current vice is placing economics before environment – regardless of the long term impact of their decisions.

French For Rabbits are currently working on their debut full-length, due out later this year.