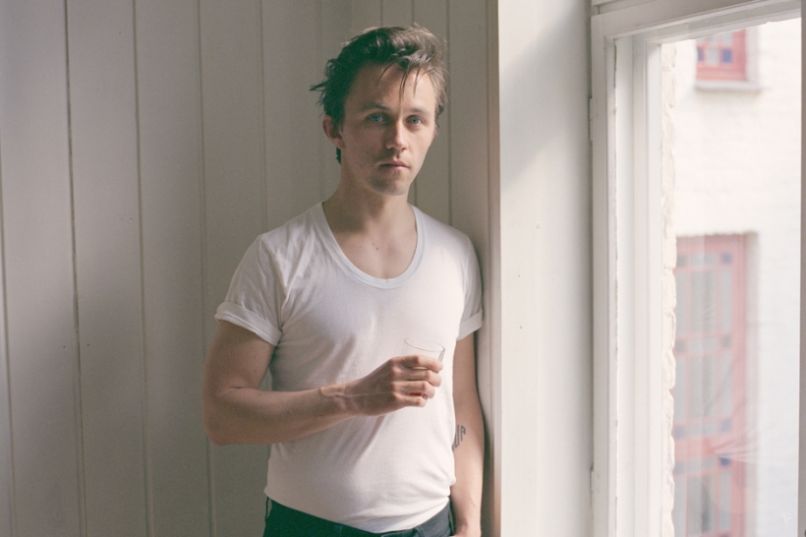 Norwegian singer-songwriter Sondre Lerche spent much of 2013 recording the soundtrack to The Sleepwalker, the directorial debut of his then-wife Mona Fastvold. Shortly after the film’s completion, though, the couple filed for divorce, and Lerche retreated into the studio. Having worked through a wellspring of pain and disappointment, Lerche now emerges with his seventh studio album, Please, due out later this fall via his own Mona Records imprint.

Though he’s made a career out of his cheery optimism and catchy, alt-pop hooks, Lerche undertakes an emotional and creative 180 within the album’s 10 tracks. According to a press release, “For the first time in his career, Lerche is presented unraveled. The moans and wails are unedited, and the cutting room floor is clean. Lerche has always written about love, but never in such a primal, sexual way. His well-proven melodic instincts are sharper than ever, but he’s moved from the brain to the body, from the soulful to the physical.”

However, despite the mounds of grief he’s processing through the LP, the emotional trauma has helped sharpen Lerche’s instincts as a songwriter and performer. Adds the press release, “Despite aligning with a recent divorce from his wife of eight years, Please is brimming with crisp electronic flourishes, bold, economic production, and an infectious new energy and sense of purpose.”

For our first taste, Lerche has unveiled album opener “Bad Law”. Anyone expecting a mournful folk ballad may be surprised at this infectious slice of dance-rock, which, despite a few momentary deluges of jarring noise, seems better suited for some sultry nightclub. Still, as Lerche tells it, he wanted to create an outlet for all his heartache and uneasiness.

“‘Bad Law’ came charged with this urge to play a simple song that would allow people (and myself, I suppose) to ventilate anger and frustration,” Lerche said in a statement. “To get happy, dance like idiots and ultimately feel a little better, despite everything going to shit. I hope people lose it to this song.”