The Library of Congress wants to destroy all your old CDs 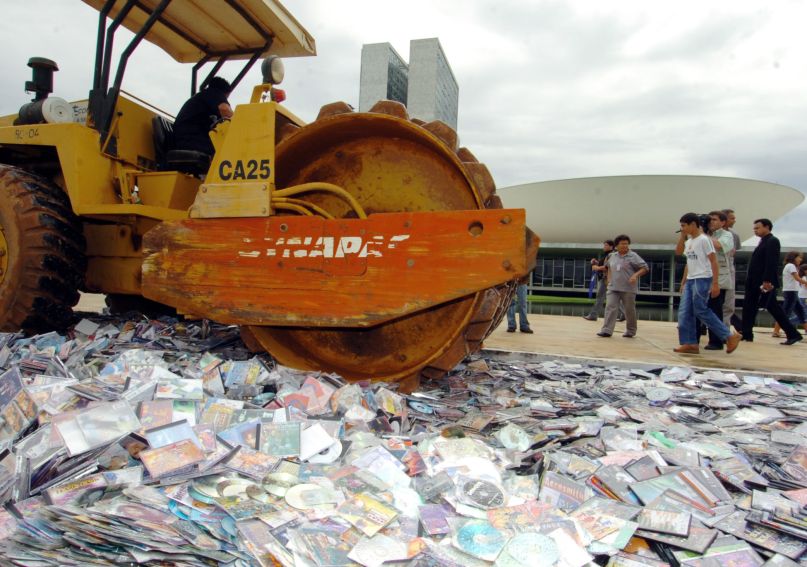 Before I moved to Austin in January, I threw away an entire box of CDs. Seriously, a few dozen or so titles ranging from No Doubt to Run-D.M.C. just gone, all because I live in the 21st century and have no need for such archaic and bulky artifacts. What I really should have done, however, is donate those CDs for the betterment of all mankind.

You see, as The Atlantic points out, the Library of Congress is asking people to donate their unwanted collection of CDs for research purposes. No, they’re not putting together some arts and crafts projects; instead, they want to destroy your beloved compact discs. That includes the copy of Hanson’s Middle of Nowhere.

Fenella France serves as the Library’s Chief of Preservation and Testing and heads the Center for Analytical Science Samples, a lab that engages in “destructive testing” to determine the optimal care methods for various library materials, including CDs. According to France, her lab is running a series of tests in order to better understand the CDs’ overall aging process.

“We’re trying to predict, in terms of collections, which of the types of CDs are the discs most at risk,” France explained. “The problem is, different manufacturers have different formulations so it’s quite complex in trying to figure out what exactly is happening because they’ve changed the formulation along the way and it’s proprietary information.”

France added, “All of the modern formats weren’t really made to last a long period of time. They were really more developed for mass production.”

So, just what sorts of tests do France and her lab rats use? Sadly, it doesn’t involve baseball bats or falling sledgehammers, but rather an accelerated-aging machine, which applies extreme heat and humidity. For one test, they took two identical copies of Paul Winter’s 1987 album Earthbeat and subjected them to 500 hours at 175 degrees and 70% humidity (or, “a sweltering July day in New York City”). One CD was almost untouched, while the other had been destroyed by oxidation.

More than just engaging in a bit of therapeutic property damage, the lab is finding better ways for people to handle their CDs. For one, you should always hold the CD by pinching the hole. And if you’ve written a love note on a burned CD, be prepared for that CD to end up damaged by “leakage” in just a matter of months.

“People are generally more concerned about the scratches on the bottom,” France explained. “But actually you can get quite a lot more damage when you get scratches on the top layer because it goes through and impacts the metal reflective layer. So quite often you find people are really careful not to put their hands underneath.”

If you think all of this is to protect some outdated technology, France assures that this approach has applications to preservation of almost all technologies. “We really haven’t focused as much on 20th-century media because you just think there are multiple copies of things,” she said. “People just assumed it’s more widely distributed. Quite often, [preservation] is being cast as a separation of physical and digital, whereas in fact the whole concept is the same. Even digital is still played on a physical medium.”

For more info on how to donate your CD collection, email the LoC here. As great as science is, though, we’d be remiss if we didn’t share the following: