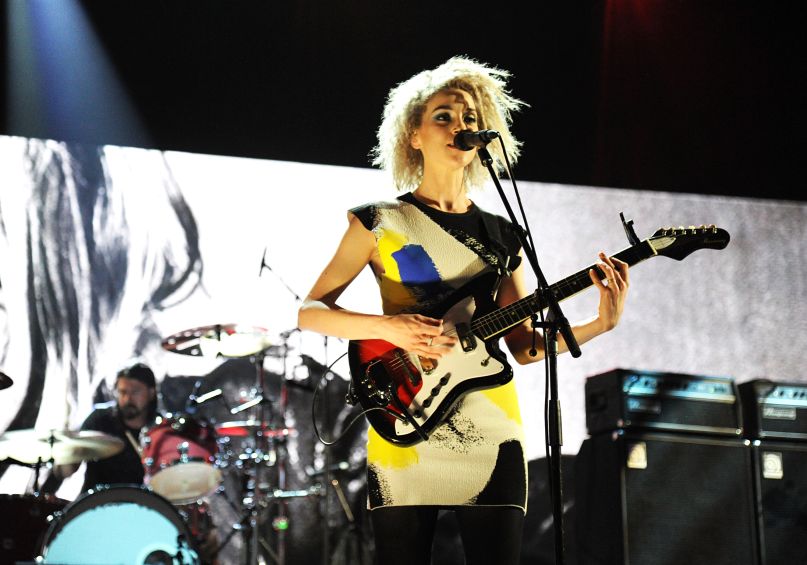 On Saturday, May 31st, HBO will premiere the TV broadcast of this year’s Rock and Roll Hall of Fame Induction Ceremony, which took place last month in Brooklyn. In anticipation, the network has shared a clip of St. Vincent’s scorching performance of “Lithium” alongside the reunited members of Nirvana. Watch below.