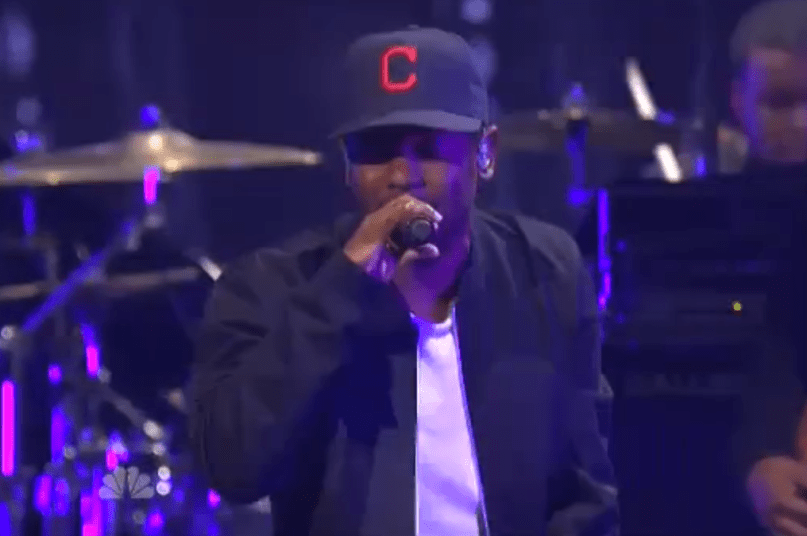 The last time Kendrick Lamar performed at an awards show, he and Imagine Dragons all but tore the house down at the Grammy’s back in January. Even without the aid of the Vegas rockers and their Taiko drums, Kendrick’s outing at the inaugural iHeartRadio Music Awards proved equally special. He paid tribute to a fellow Compton legend with a massive performance of Tupac’s “California Love”, before segueing into his own hit “m.A.A.d city”. He was accompanied by his usual TDE backing band and 150 of his biggest fans. Watch the replay below.

I am not sure if she was in attendance, but I bet Taylor Swift was still getting down.

The awards also featured performances from Arcade Fire and Pharrell Williams, among others. Replay each of those here.