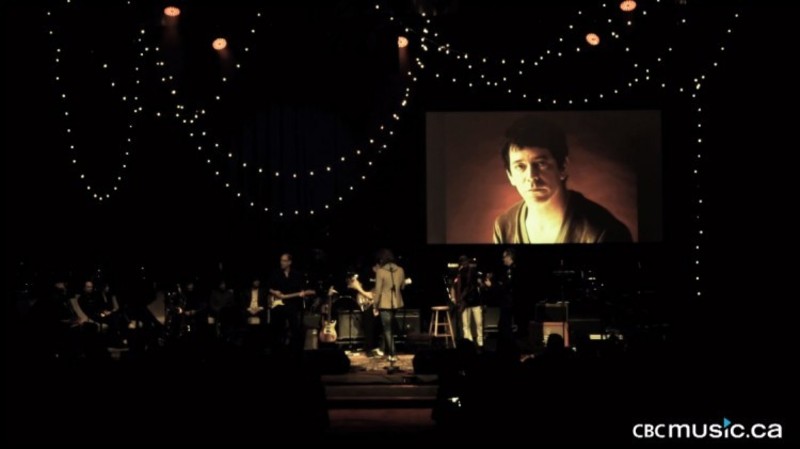 To begin, Drew and his backing band stayed relatively faithful to the track’s blues-rock arrangement, with Drew busting out a very Reed-inspired deadpan drawl. As the performance went on, however, Drew let loose of his monotone inflection and opted for a few energizing yelps and screams, a kind of abrupt improvisation Reed would’ve undoubtedly approved of. Catch the replay below.

Drew is currently touring the festival circuit behind his latest solo record, Darlings, including appearances at Squamish Valley and Osheaga festival. He’ll also reunite with Broken Social Scene for a second time since their “hiatus” at this year’s Field Trip festival.