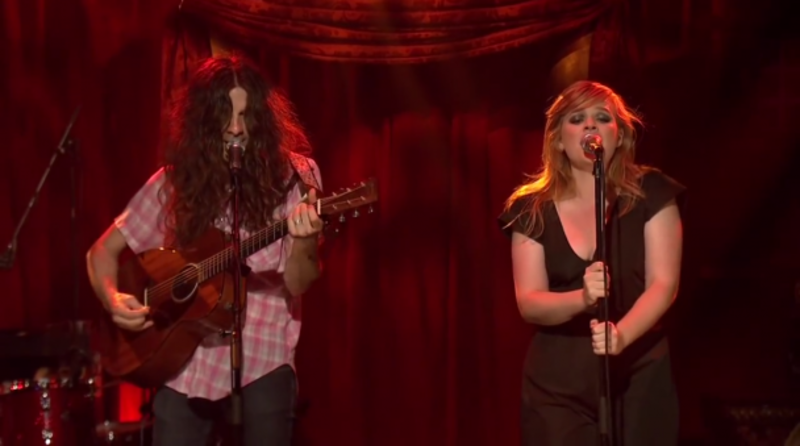 While I had previously thought Australia’s greatest contribution to modern television was Wilfred, that distinction may actually go to RocKwiz. More than just a punny name, each episode of this variety show features “two musical celebrities and four contestants who play off for nothing more than the honour of winning. Each musical guest performs a song with the RocKwiz Orkestra before joining together to close the show with a duet.” Crickies!

Case in point of why I’ll be pirating this show from here on out: Monday’s episode saw Kurt Vile end the show with a cover of Neil Young’s Tonight’s the Night gem “Albuquerque”. Vile was joined by the aforementioned RocKwiz Orkestra and singer Phoebe Baker of Australian indie rockers Alpine. Together, they delivered an equally mournful rendition, although with just a hint more bluegrass twang and just a dash of honky-tonk rhythms. Plus, and I’m not sure how, but Vile’s hair continues to become more epic every time I see him.

Earlier in the show, Vile performed the Wakin On A Pretty Daze single “Snowflakes Are Dancing”, and you can replay both performances below.