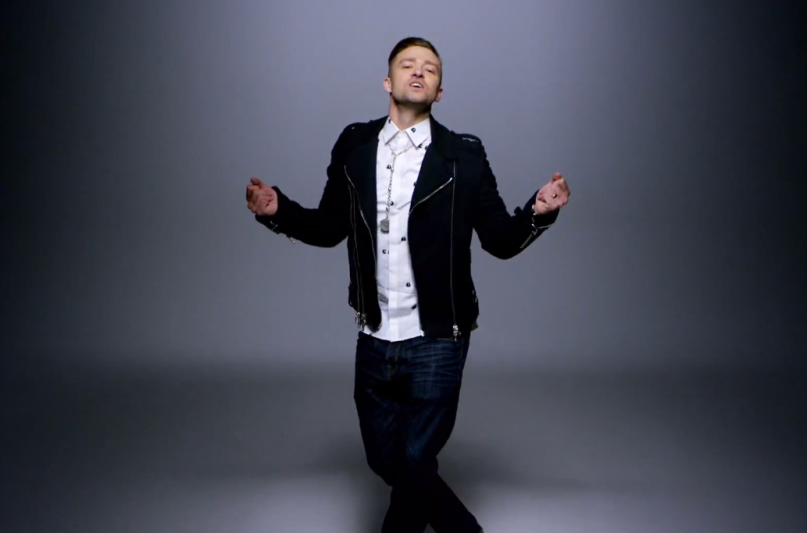 The deluxe edition of Michael Jackson’s posthumous new album, XSCAPE, features three separate versions of the track “Love Never Felt So Good”. One of those tacks on a guest spot from another pop superstar in Justin Timberlake.

Now, the posthumous collaboration between MJ and JT has been given a music video. Here, Timberlake and a gaggle of back-up dancers lip sync and Moonwalk their way across several backdrops plucked from iconic Jackson videos (“Thriller”, “Bad”, “Billie Jean”). It’s the kind of feel-good “everybody dance their cares away” piece that Jackson would have made if he were still alive today.

Slap on your suede dancing shoes and watch it below:

“Love Never Felt So Good” is one of eight tracks featured on XSCAPE, out now via Epic Records. Collecting material from the same recording sessions as 2001’s Invincible, the album was given a “fresh, contemporary” sound thanks to all-star producers Timbaland, Rodney Jerkins, Stargate, Jerome “Jroc” Harmon, and John McClain. It’s currently streaming in full via Spotify.

In related news, Timberlake previously revealed that he and Jackson actually planned a collaboration in the early 2000s. In an interview on Oprah’s Master Class, explained that ‘NSync’s 2001 single “Gone” was originally written with Jackson in mind.

“[He] said that he wanted to cut the record, but he wanted it to be a duet between himself and I. And I said, ‘It’s already out. We’ve already cut this song as an ‘NSync record.’

“I’m on the phone, I’m literally punching myself in the face, because I said, ‘I can’t do that. Could we do an ‘NSync featuring Michael Jackson? Or Michael Jackson featuring ‘NSync?’ And he was very absolute about the fact that he wanted it to be a duet between himself and I.”

Fortunately, the duo did end up hitting the stage together at the 2011 MTV Video Music Awards: