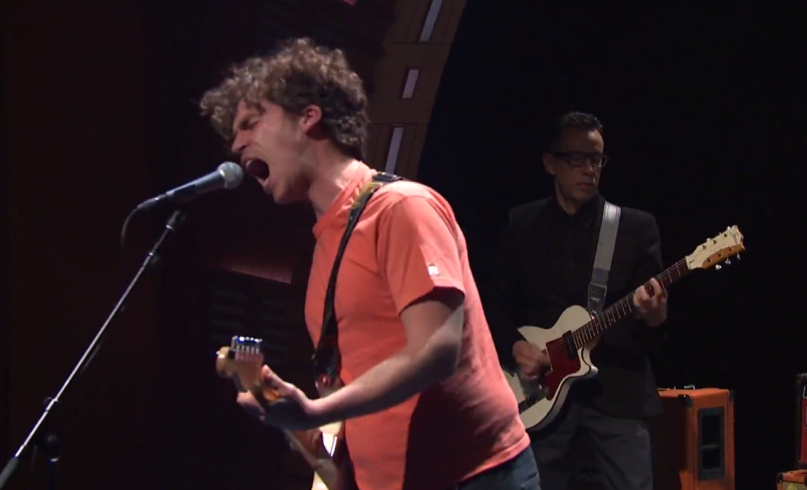 Seth Meyers may have recently reduced the number of musical guests on Late Night, but that just gives each performer the chance to make their appearance truly noteworthy. Last night, Brooklyn post-punks Parquet Courts used the opportunity to debut a new cut from their forthcoming album Sunbathing Animal. “Black and Wight” is a ferocious piece of rock ‘n’ roll, made all that more dirty by Seth Meyers bandleader Fred Armisen, who pounded away on guitar in the background. Watch it all below.

“Black and White” is one of 13 new songs featured on Sunbathing Animal, due June 3rd via What’s Your Rupture?/Mom+Pop. The album’s title track was released as a Record Store Day single b/w “Pilgrims to Nowhere” wrapped in sheet music for the song, and later got a cat-starring video. The band has a heft summer tour schedule mapped out, and you can find those dates here.

Update: Check out the studio version of the song below.