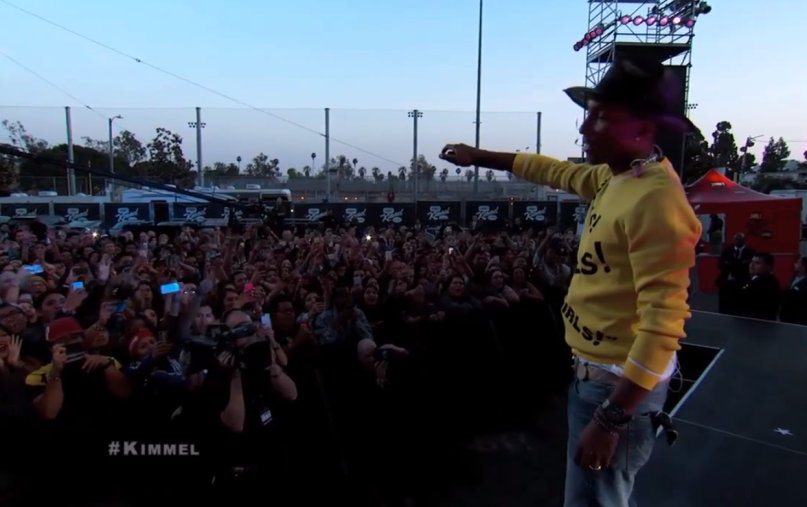 On Wednesday night, Pharrell appeared on Jimmy Kimmel Live! for a chat, a selfie competition, and a performance of “Come Get It Bae”. Apparently feeling his work wasn’t done, the G I R L singer returned to the late-night program last night for a second round of performances. This time, he crooned his way through Daft Punk’s “Get Lucky”, along with solo cuts “Marilyn Monroe” and “Hunter”. Replay the three performances below.

In case you forgot, Pharrell was named one of Time magazine’s 100 Most Influential People in the World. He also recently revealed a Japanese bonus track from G I R L called “Smile” and the playful video for “Marilyn Monroe”.