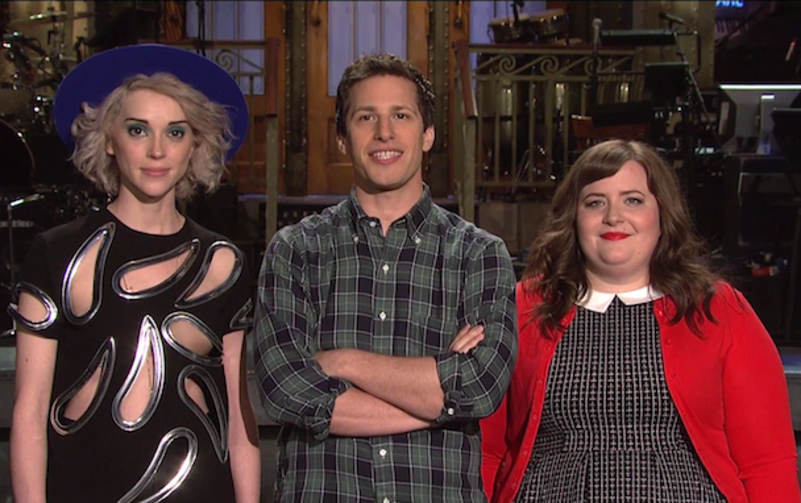 This weekend, St. Vincent will make her Saturday Night Live debut, appearing as this season’s final musical guest alongside the returning Andy Samberg. In anticipation, NBC has released a promo video featuring a behatted Annie Clark, Samberg, and cast member Aidy Bryant. While her comedic chops are already well established, Clark doesn’t exactly get to flex her funny bone, save for an absolutely adorable part in a quick bit about spoilers. On the plus side, I must buy that shirt/dress of hers immediately.