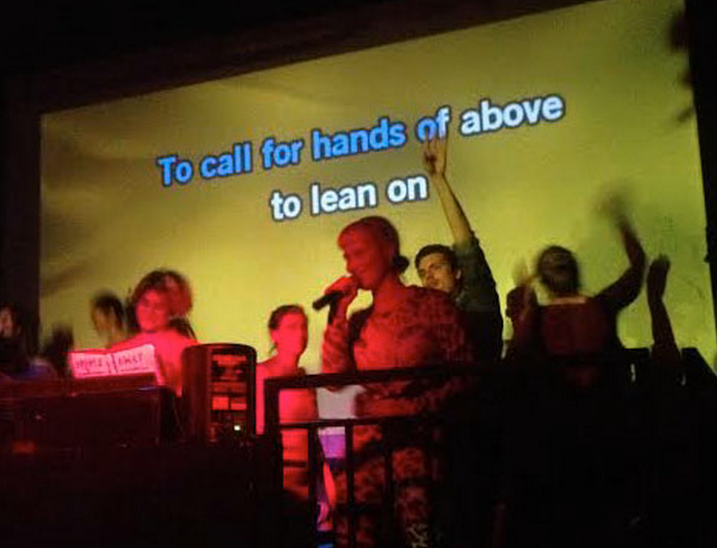 The Knife celebrated the conclusion of their North American tour in the only way possible: by going Karaoke. And wouldn’t you know it, two amazing things happened: after a little prompting, Karin Dreijer Andersson went up on stage and sang “Heartbeats” — something she hadn’t done the entire tour. And just who happened to be in the audience? None other than Bill Murray. Watch video below (via BrooklynVegan)

Earlier in the evening, Murray was involved in another indie-rock happenstance, as he was photographed by Sharon Van Etten playing piano with actress Emma Stone at a NYC bar. Another day, another example of Murray being the greatest living person.