Watch: Will Ferrell and Chad Smith’s drum-off, the most important moment in music history 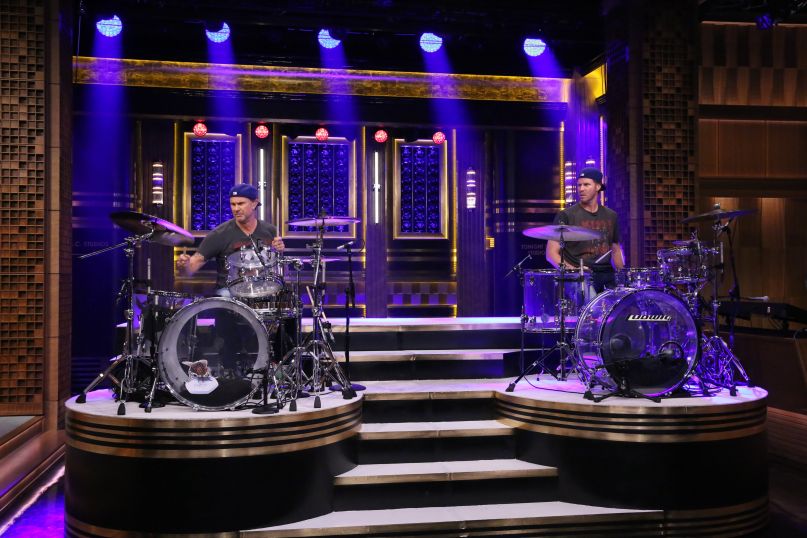 After years of the two being confused for one another, Red Hot Chili Peppers’ own Chad Smith and actor Will Ferrell finally set the record straight with a drum battle of epic proportions on last night’s The Tonight Show. The real-life doppelgängers — who coincidentally also have a similar taste in style — faced off in a “traditional drum-off” with “traditional rules”. Each Will Smith got four different solos to prove their worth. And the winner is…

Spoiler: Will Ferrell — though in a very meta twist, Chad Smith played all Will Ferrell’s parts for Will Ferrell. Not only that, but for Ferrell’s final “solo”, he was accompanied by Smith’s Red Hot Chili Peppers bandmates for Blue Oyster Cult’s “Don’t Fear the Reaper”, a callback to Ferrell’s classic SNL sketch.

Prior to the drum off, Ferrell and Smith sat down with Jimmy Fallon to discuss their rivalry. Replay the performance and interview below.

Ferrell laid the groundwork for a drum battle against Smith during a Reddit AMA last February. “It has been acknowledged many times that myself and Chad Smith, drummer for the Red Hot Chili Peppers, share a resemblance to each other,” Ferrell wrote. “A lot of people think that it’s me playing for the Red Hot Chili Peppers. But that would be an insult to Chad Smith. The truth of the matter is there is no Will Ferrell. Only Chad Smith.”

(Read: It’s official: drummers are smarter than you)

In response, Smith issued a public challenge to Ferrell: “Stop impersonating me. In fact, I need you… drum battle. Me and you. I’ve seen your skills; you don’t got ’em. Let’s go. Golden cowbell. Winner. Boom!” Ferrell accepted on the condition they raise $300,000 for the charities Cancer for College and Little Kids Rock, which was quickly accomplished following an online fundraiser.