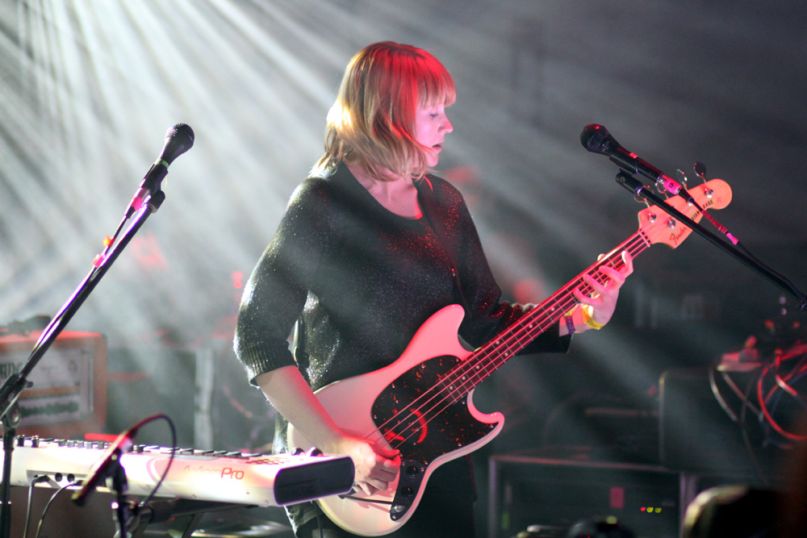 Kate Bush’s seminal fifth album, Hounds of Love, doesn’t celebrate its 20th anniversary until September 2015, but a couple acts have gotten their tributes in early. During a set at Coachella last month, Solange delivered a soulful rendition of “Cloudbursting”, and during their show in Washington, DC Tuesday night, Wye Oak covered the album’s lead single, “Running Up That Hill”.

The duo’s new album, Shriek, may be guitar-free, but that didn’t stop singer Jenn Wasner from picking up the bass and accompanying drummer Andy Stack in creating a slow, sauntering groove of R&B-meets-pop. It’s a bit more direct and forceful than Bush’s original, but Wasner’s vocals are spot-on in the theatricality and emotionality departments.