Who’s the Greatest Drummer of All Time? Round Three

It's hard not to root for the underdogs in this round. 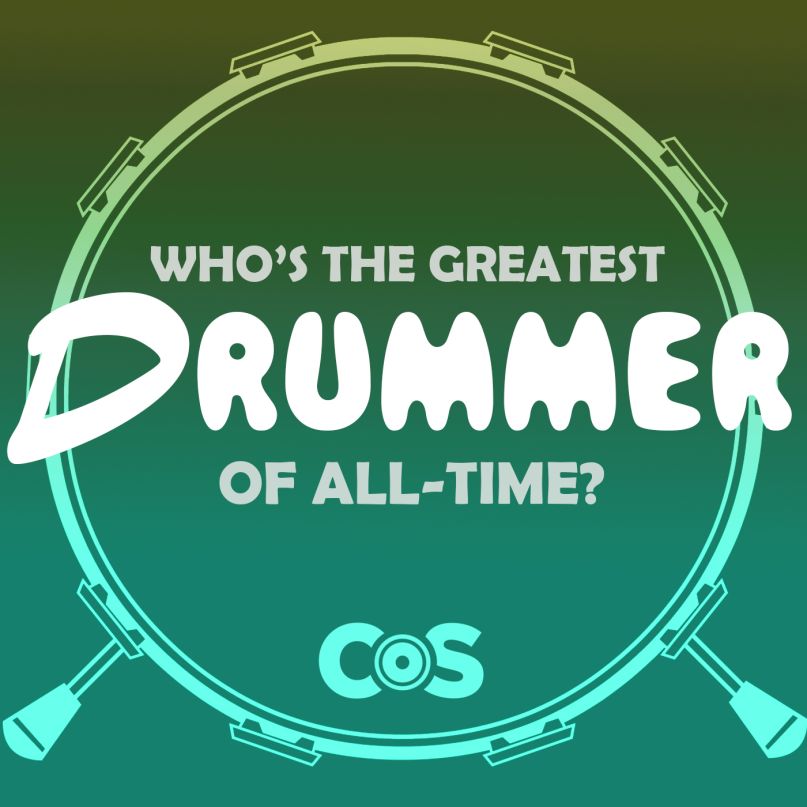 And then came the next round… Last week, we continued our monthly tournament in search of the Greatest Drummer of All Time. Once again, thousands upon thousands of drumheads logged on to argue, offer their two cents, and, yes, complain that we had chosen the wrong men (and our lack of women) with the sticks. Some fellow readers were quick to remind them that these choices were all reader-submitted. Still, confusion was abound.

We’re no prophets, but we anticipate the same tomfoolery for this second-to-last round, and we also know this should end. Judging from the charts below, and the numbers from the past few weeks, we’re willing to bet our shirts that Neil Peart and John Bonham will go knuckle to knuckle next week. But hey, you never know, maybe there’s a legion of Danny Carey fans. As for Portnoy, um, good luck, pal.

So, take the next minute, hour, day, or week to think it over. (Or, two seconds really.) Remember, we have one more round next week and that’ll be the real tough decision. You won’t be alone in your decision process as we’ll have a whole new essay weighing in the two last heroes. Then, we’ll finally know which guy with the sticks reigns supreme… at least to you folks.

If you need some more food for thought, here’s an article about how drummers’ brains are different than everyone else’s. Pretty cool stuff.

FYI: The voting booth is on the last page and be sure to comment below.

Neil Peart has pushed his drumming to a lead position with Canadian rock immortals Rush. Peart focuses more on the technical than the inherent rhythm, drawing inspiration and skill from Buddy Rich and Jon Bonham. Peart’s drum solos are moments of legend, as is his 360-degree, one thousand-piece (only slight exaggeration) kit. His ability to play pretty much anything has taken Rush’s expansive and awe-inspiring prog rock menagerie to the edge of the universe.

Mike Portnoy, however, has been called a drummer’s drummer. Not only did he smash the skins for Dream Theater from 1989 to 2009, as well as co-produce six of the band’s albums, he’s taken home 29 awards from Modern Drummer magazine and was the second youngest person, behind Rush’s Neil Peart, to be inducted into the Modern Drummer‘s Hall of Fame at age 37. Following his departure from Dream Theater, Portnoy continued on as the drummer for Avenged Sevenfold for a brief stint, and then started two of his own side projects, Adrenaline Mob and Flying Colors.

On paper, this contest pits power against technique. John Bonham was the ultimate powerhouse drummer, playing with ferocious intensity and shaping the sound of heavy rock for countless bands that emerged in the wake of Led Zeppelin. Bill Bruford pioneered a more considered percussive approach with Yes and King Crimson, his jazz leanings making him a natural to employ tricks from displaced backbeats to variations on the paradiddle.

Danny Carey is in demand with some big names as well, from King Crimson’s Adrian Belew to singer-songwriter Carole King. Oh, and he’s also the guy behind the massive kit for Tool (and a handful of other pummeling side projects). Also jazz-trained and comfortable in myriad styles, Carey’s as capable with the tabla as he is with the double-kick drum, all in Tool’s trademark eccentric time signatures.