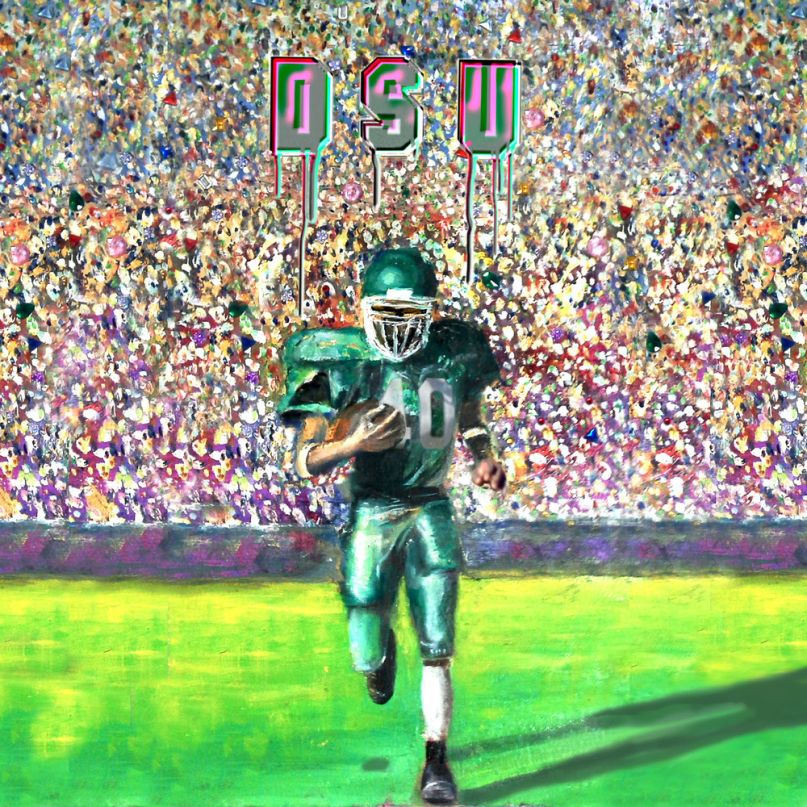 The internet is a cold, frustrating, dog-eat-dog vacuum, but at least it gave us Alex Giannascoli, aka Alex G, a 21-year-old songwriter from Philadelphia who has, rather quietly, become one of the best and most prolific “bedroom pop” artists in recent years. Perhaps more importantly, his music transcends both the genre he finds himself lumped into and the method of discovery for most of his growing fan base.

Take one of Giannascoli’s career highlights, for instance: “Forever”, off of 2012’s TRICK. It’s a home recording, but it strives to be so much more. It’s well produced, exquisite sounding, stuffed with classic rock hooks, and free from the frustratingly inauthentic signifiers of bedroom pop: deliberate “mistakes,” tape hiss, the sound of the 3 a.m. backyard sprinkler brushing up against the side of the house. “Forever”, as a microcosm of Alex G’s music, isn’t part of a fad. We all may have found Giannascoli through the internet, but he couldn’t be further away from it himself.

At least until now. DSU, his first label-backed release (on Orchid Tapes), is both a step forward and a step back for Alex G, who hasn’t put out a full-length album since TRICK. Minus the context of his crazy-robust back catalog, DSU is a homespun gem from virtually out of nowhere. Yet, there’s a newfound sense of self-awareness that cuts through the record. Giannascoli may still be recording in his bedroom, but now people are peering in through the window as he works, and because of this, the album feels scrubbed of his more idiosyncratic urges. Gone is the fussy, jaunty jazz of RACE’s “Crab”, and the velvet Steely Dan-isms on TRICK’s “String”. There certainly are experiments here (such as the glitchy “Icehead” or the tongue-in-cheek Stevie Wonder pastiche of “Promise”), but they now feel slightly out of place.

Nonetheless, DSU is filled with brilliant songs. “After Ur Gone”, with its wailing guitar and massive, arena-ready drums, works as the perfect opening cut, while album closer “Boy” sums up the record while also reintroducing an old Alex G flourish that is mostly absent from the album: grand piano.

Finest of them all, though, is “Harvey”, a perfect pop song of Guided by Voices-level conciseness that manages to be both airy and angular, sleepy but also wide awake. The lyrics appear to be focused on an imaginary friend whom Giannascoli seems to love like a son. “Success for my buddy/ Success for my friend/ Success is the only thing I understand,” he sings, like a young boy trying to explain his mantra in a fourth grade personal essay. But “Harvey” is noteworthy because it represents a high-water mark for his introspectiveness. A good Alex G song wrestles with the reluctant responsibilities of adulthood through the lens of an adolescent who can’t let go of the past either. “Harvey” sounds as if it’s from the mouth of a child. But, at the same time, it bears the wisdom of someone who has seen enough of life to understand its complications.

At its best, DSU cycles through that duality with aplomb, which will serve as an excellent introduction to his gigantic discography for all new fans. Yet it’s also a reminder that Giannascoli is getting older, both as an artist and as a human being. And for better or worse, things don’t necessarily feel the same.

Essential Tracks: “Harvey”, “After Ur Gone”, and “Boy”