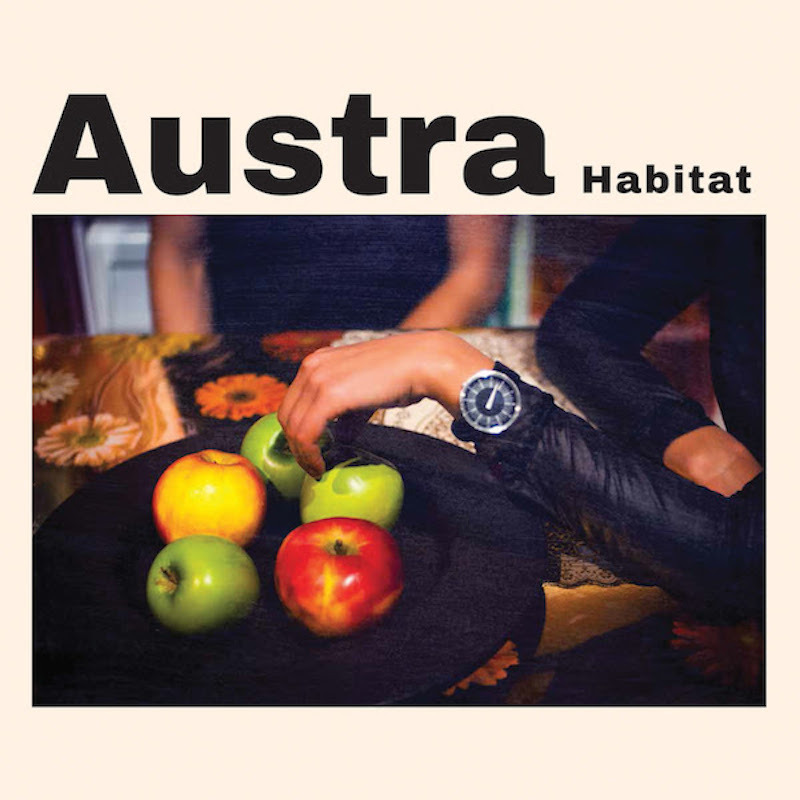 When a confluence of creative resources are readily available, the benefits of having a wealth of inspiration are glaringly obvious. That abundance of stimulation can allow for a prolific and varied body of work. However, that expansive pool could also lead to a loss of focus, even a frenzied and chaotic path. For Toronto-based electronica group Austra, that challenge appears to beset their latest EP, Habitat. In fact, the opening title track sat as a misfit among their first two albums, Feel It Break and Olympia, effectively spurring the motivation to release it on an EP. Although not necessarily detrimental, building a record around this concept can pose a sense of fragmentation — which is exactly how Habitat unravels.

And while the EP lacks a strong cohesive thread, the tracks work individually. In fact, that central title track is arguably one of Austra’s catchiest and most accessible songs to date. Opening with a subtle roll of synth rifts percolating over vocalist Katie Stelmanis’ haunting voice, the unassuming beats slowly build, eventually plunging into a cascade of old-school house percussion. Stelmanis’ soulful balladry powers the dream-like track, evoking a sense of early ’90s club nostalgia.

The remaining three tracks on the EP are mostly instrumental, with each one demarcating influences from distinctly unrelated backgrounds. The ghostly, industrial-heavy “Doepfer” drives a repetitive, funneled wave of percussion, but at times grows monotonous. “Bass Drum Dance” is reminiscent of the stylized, sleekly produced tracks found on Olympia, while “Hulluu” is propelled by dance hall-inspired beats, Stelmanis whispering throughout.

As a classically trained singer who grew up molded by opera and choral influences, Stelmanis has fostered an eclectic sound through Austra, one that draws inspiration from an array of electronic and industrial artists, notably Portishead and Nine Inch Nails. As evidenced on the band’s previous records, the melodic tapestry of classical instruments and Stelmanis’ deep, theatrical voice are layered over electronic beats, lending to a unique and highly stylized sound. In effect, this left little room to accommodate the minimalistic “Habitat” as a track on either record, leaving it instead to become a regular fixture during Austra’s live shows — and now, its own release.

At times, Habitat feels like a slapdash collection of tracks that didn’t fit anywhere else — ironically fitting the title track’s history for the entirety. And while there aren’t any groundbreaking elements at play for the band, each song carries individual weight as a danceable, monochromatic number that works as part of a supporting package. It will be interesting to see how the band continues developing the multitude of creative approaches here, and whether they work to harness their concepts more cohesively going forward.