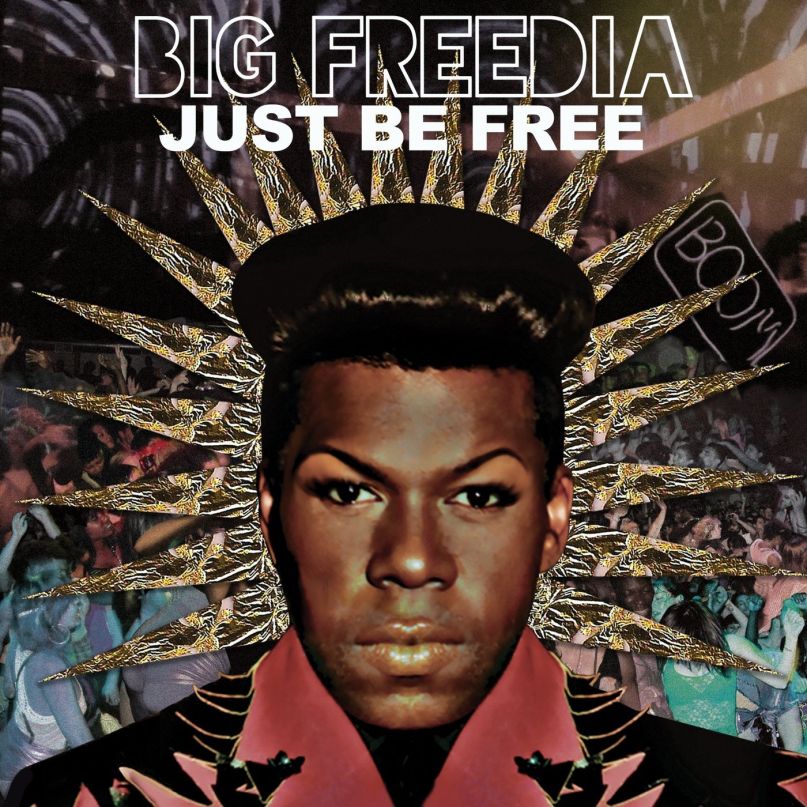 Rump. Tootsay. Azz. Tail. Back. Big Freedia has no shortage of names for the derriere, and she shouts all of them with equal voraciousness and aplomb over the course of Just Be Free. This is bounce music, after all, and twerking is half the point. Sexually explicit and loaded with cultural and political significance, the rise of Big Freedia’s star reflects how our culture is ushering in a new wave of acceptance and awareness of all forms of sexual identity and persona.

Big Freedia the performer has begun to supersede her daytime counterpart, Freddie Ross. Freedia emerged slowly, beginning as a backup dancer and singer for prominent New Orleans drag artist Katey Red. Over the course of the ’90s and early 2000s, the bounce movement gained momentum, and so did Freedia.

Though she’s probably the best-known purveyor of bounce music on a national level, it’s still hard to situate Freedia’s music without more familiarity with the genre. “You gotta leave room for the bass and the boom and the knock,” she told NPR in an interview last year. “And for people to just be able to free themselves and express themselves through dance.” A cursory listen of Just Be Free reveals this expansive palette, punctuated by quick, quirky rhythms and, of course, plenty of bass. It’s music designed to be consumed and interacted with in a specific context — not with headphones on the subway, not on a vinyl record in your apartment. One track off Just Be Free, “N.O. Bounce”, incorporates some of the jazzier, blues elements of the region, but the beat still rules all. It’s also worth noting that a Big Freedia live set generally lasts only four or five songs, or about 20 minutes. Even if it’s meant to exist in a live context, the music can become punishingly repetitive when it goes on much longer, and divorced from the dance and performative setting, something is inextricably lost.

Coming from a gay rapper, though, Just Be Free couldn’t have come at a better time. See “Where My Queens At” for the kind of uplifting, inclusive celebration that hip-hop needs more of. Lately, our culture has lasered in on transgender rights, gay marriage, and misogyny, and Freedia’s presence alone helps further these causes. “Bounce music is not sissy bounce, it’s bounce music generally,” she emphatically stated in an interview with Fader back in 2009. “And you’ll have some sissys that represent bounce. It’s not called sissy bounce at home. We have a few bass beats that make bounce music what it is in New Orleans.” As far back as five years ago, she was already making the kind of distinctions about her art and identity that are desperately needed to help encourage acceptance and respect for gay artists.

Ironically, it was Miley Cyrus’s twerktastic antics last year that helped spotlight Big Freedia as an authentic expert on the dance style. In that sense, Cyrus’s missteps did some good: Just Be Free is released in an environment that is more supportive than ever of her work. Freedia’s rapping is crisp and uplifting, as on “Turn Da Beat Up” or “Jump on It”, but it’s rarely relatable. Her music is full of uplifting, intense sentiments that work perfectly for turn-up mode, but there’s little personal detail or narrative voice introduced. While that might be the case, the barrage of press that she did last year in the wake of the rise of twerk in the pop world fleshed out the story well enough.

The music itself is built, above all, upon rhythms. Freedia’s vocal style is deep and booming, which makes the woman moaning in pleasure on a track like “Dangerous” a welcome vocal foil to Freedia’s own rich voice. “Ol’ Lady” follows traditional bounce beats, but ’80s synths swell in the background. “Y’Tootsay” and “Mo Azz” both focus explicitly on the ass in a celebratory, affirmative manner, urging everyone to throw themselves into the music with abandon. That’s the crux of this brief barrage of beats and booty anthems: embrace yourself with utter abandon, if only for the length of this song. The emergence of this free-for-all sexual dance and music scene has flourished as a form of rebellion against decades, even centuries, of abuse, and it’s grown into a punishing, victorious onslaught. Now take the stick out of your ass and dance.