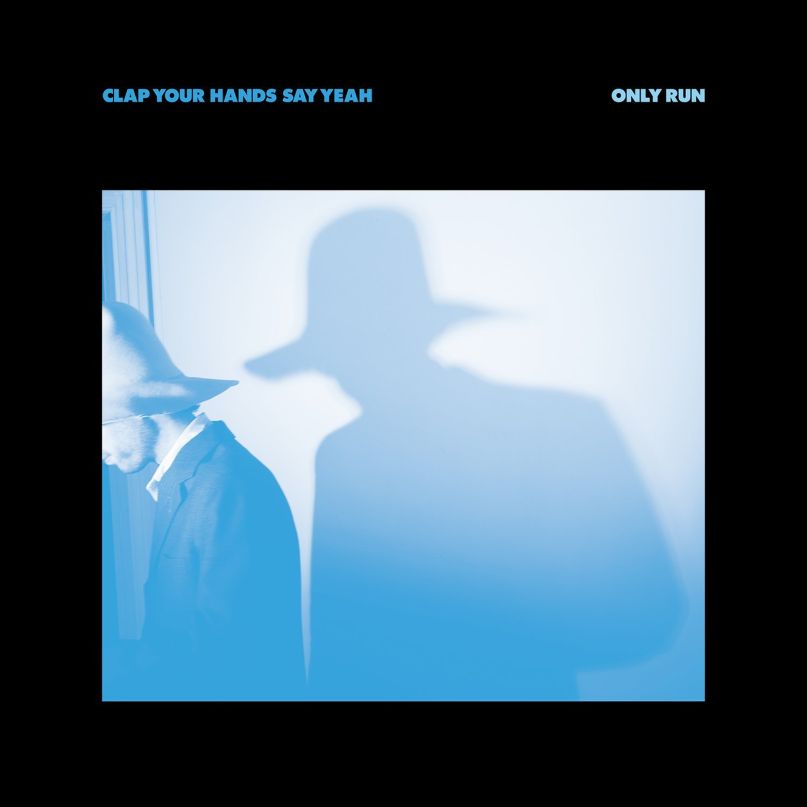 Losing 60 percent of a band’s personnel is usually enough to pressure a songwriter into one of two directions: bring the project to an end or hire replacements and press on, trusting that they can strong-arm whatever magic came before — at least reasonably enough to fit the name on the cover. Clap Your Hands Say Yeah, a stable five-piece for eight years and three albums, were whittled down to two after the sudden departures of Robbie Guertin and brothers Tyler and Lee Sargent last year. We can only speculate whether that had anything to do with the band’s second and third efforts falling very short of their (yes) genius 2005 eponymous debut, but there’s no speculation in saying that Some Loud Thunder and Hysterical, while good, were audibly conscious of just how great that debut was.

The impossibly lofty standards that come from putting out a great album during the music blogosphere’s “big bang” period would be tempting to ignore, but frontman Alec Ounsworth has since persistently chosen to accept the tough reality for what it is. In that sense, nothing has changed on his band’s fourth album, Only Run, despite its lack of resemblance to each that came before it. For the first time ever, CYHSY is clearly not a full band playing in a room together; Ounsworth and drummer Sean Greenhalgh are the only two regulars here. But it also doesn’t sound like a freshly band-less songwriter trying not to sound band-less, and that’s because Ounsworth has nobly chosen option three. He was the frontman of a band of five, and now that band is two, and this is simply the present reality that he deliberately chooses CYHSY’s fourth record to reflect.

This involves a couple of immediate reactions. First, Only Run was self-produced, the first CYHSY album since their debut not to outsource that job. That was a factor that many misguidedly pinned the shortcomings of albums two and three on, and while it was a healthy move for Ounsworth to take production back into his own hands (past producer Dave Fridmann mixed it), Only Run bears no resemblance to any of the “self-produced” qualities of Clap Your Hands Say Yeah. It is, however, pretty-sounding at every turn, and a big reason for that is what Ounsworth does to compensate for the absence of his former bandmates: inflating synths and drums to massive widths, filling all that vacant space left behind with sustaining whooshes. If anybody is missed above all here, it’s Tyler Sargent, whose high, melodic bass lines made their best songs whole in a way that only a full-time bassist can.

Ounsworth’s words are especially tough to distinguish on Only Run, but the first three on opener “As Always” are “I’m too weak,” and that says plenty. His voice, frequently coming through gleaming, synthetic oceans of sound that he washes over the album, sounds alone. In his review of the album’s teaser EP, Little Moments, CoS‘s Mike Madden made a bull’s-eye connection to The Postal Service when describing “Once”, a B-side that didn’t end up making Only Run. “Beyond Illusion” did, though, and the comparison applies twofold there. The only moment more solitary than that is probably the guest verse on “Coming Down” from despondence-rock king Matt Berninger of The National, who were among CYHSY’s first ever tourmates. Cool moment. Doesn’t make the cameo any less pointless.

Tempting as it would be to describe Only Run as more like Ounsworth’s second solo album than his band’s fourth, that would unfairly belittle his efforts to keep intact the huge-sounding brand of CYHSY albums, albeit this time with a different definition of “huge.” And as far as his self-defined mission for his band goes, of “balancing optimism in the face of overwhelming odds” (via the album’s press release), those odds have certainly never been more ripe for CYHSY’s music.

Essential Tracks: “As Always”, “Beyond Illusion”