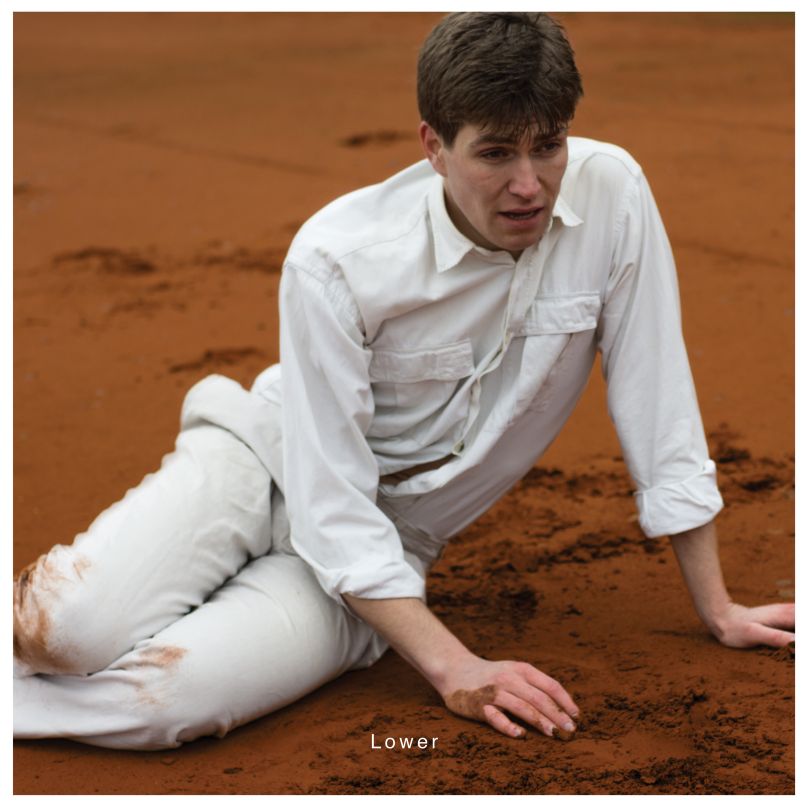 Can we be honest for a second? Okay, thanks. For the past week, I’ve been dreading this review. Not that I have anything against Copenhagen’s Lower — seriously, they’re one of my favorite new acts — but as someone who’s finally drifted off his medication for bipolar disorder, the idea of spending countless hours with depressing existential post-punk didn’t exactly scream “healthy” or “fun.” In fact, that last word is something I’d never ascribe to the outfit, or their full-length debut, Seek Warmer Climes, for reasons I digressed at great lengths a couple of years back in my review of their exceptional eight-minute EP, Walk on Heads. No, this is a moody, angry, and soulful export from what modern anthropology insists is a happy-go-lucky area — Denmark.

But surprise, surprise, Lower don’t appreciate no labels. As drummer Anton Rothstein recently told our own Chris Coplan, “People make the common misconception that we’re a punk band,” which he thinks is wrong because to be such an act, one has to “live a certain way of living and also a certain taste.” Sure, that’s the rugged, original definition of punk rock, Rothstein, but why is it that during opening track “Another World” your thigh-thudding percussion or Simon Formann’s rollercoaster six-string conjures up memories of Dead Kennedys all-stars D.H. Peligro or East Bay Ray, respectively? Rhetorical question, though perhaps this is an answer:

“In fact, I’m the only one in the band who comes from a punk background,” he added. “But we’re not wearing that same uniform. That would be forcing propaganda on people, and to us that is disgusting. For us, if people want ideas or to express something with the music, that’s for them to do if they want to.”

(CoSign: Lower talks punk labels, acclimation, and being your own island)

Okay, cool. Then I’m gonna go ahead, be disgusting, and call them post-punk, namely because that’s what I label this in my head anyhow. And don’t worry fellas, because unlike your fellow brethren Iceage, or rising Texas-Brooklyn transplants Parquet Courts, I find your brand radically different. It’s solely about no-no emotions (e.g., anger, misery, despair, and loss), which is why I now consider it my go-to sound whenever I feel compelled to just dip my head into a sheet of porcelain. Or whenever I’m so down with my incredibly privileged life that I want nothing more than to unplug, cut everyone out, and just feel as tortured and apathetic as frontman Adrian Toubro sounds on “Unkempt, Uncaring” or this album’s hit theme song, “Lost Weight, Perfect Skin”.

That’s what I get out of Lower that I don’t from a number of similar outfits. This year, Eagulls made waves with their self-titled debut, and one might liken the Leeds outfit immediately to Copenhagen’s bastards here, but only on the surface. The difference, however, is in heart. Not saying that Eagulls’ George Mitchell doesn’t feel the pain, but I don’t hear it in the same way I do with Toubro. Mitchell sounds bored, unaffected, and miserable … the exact opposite of Toubro, who comes across as angry (“Shyness doesn’t exist”), very affected (“Where were you while I was screaming?”), and devastated (“Strive for another life”). He also understands that there’s room for even the slightest melody, as observed in later tracks like “Soft Option” and “Craver”.

Here’s the deal. Traditionally, music either does one of two things for me: 1) It gets me through the motions, or 2) Tells a great story worth hearing again and again. The former is why I’ve clutched onto albums like Joy Division’s Closer, Wire’s Pink Flag, or My Bloody Valentine’s Loveless. The latter is why I’ll listen to The Replacements’ “Sixteen Blue” anytime or anywhere. Lower falls into column one and feeds into a certain aggression that I’ve been trying to stave off. Like I said earlier, it’s not a “healthy” option by any means, but sometimes that’s just what you need from music. And in an era where rock ‘n’ roll has never been safer, where would-be heroes like Jack White opt for fights with Rolling Stone or The Black Keys rather than anything actually tangible to us, I’ll take a trip to Denmark once in a while — even if it means I’ll likely grab an ice pack shortly after.