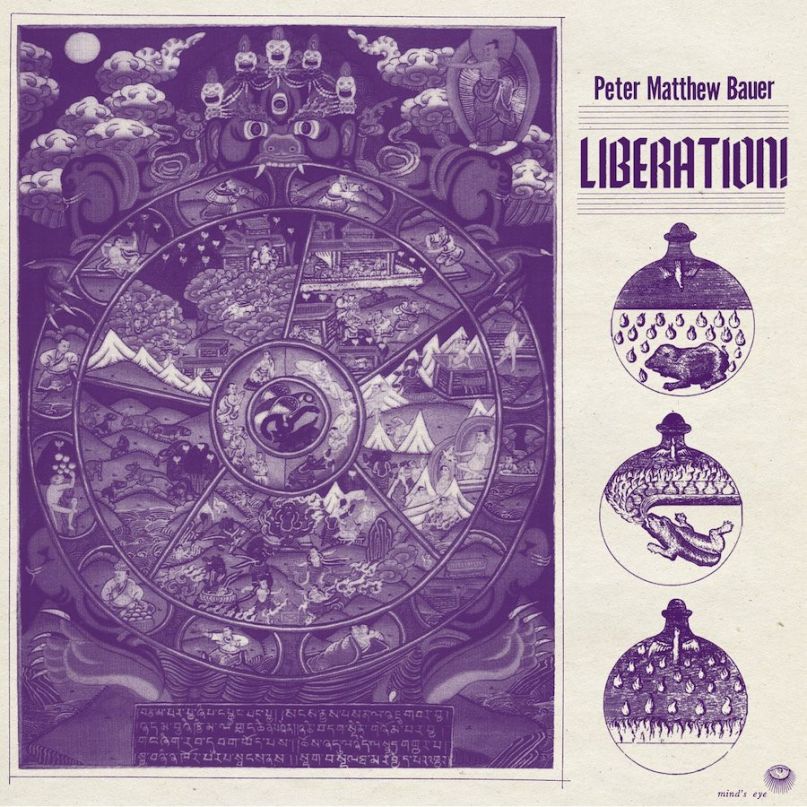 It’s a strange thing when the low-key member of the band turns out to have been harboring a formidable voice and vision all along. Few in 1966 predicted the first great Beatles solo record, George Harrison’s All Things Must Pass, would come from the “quiet Beatle” four years later. Fewer still imagined in 1991 that Nirvana drummer Dave Grohl would wind up the frontman of another multi-platinum band.

Liberation!, the solo debut from Peter Matthew Bauer, isn’t All Things Must Pass. It probably won’t pack stadiums, either. Still, it’s an unexpectedly surefooted triumph from the ex-Walkmen organist/bassist, whose admirable contributions to that band were frequently overshadowed by the more visible Hamilton Leithauser and guitarist Paul Maroon.

Though it’s the third solo effort to emerge from The Walkmen’s “extreme hiatus,” Liberation! is the first that bears significant glimmers of the ramshackle, clangy Walkmen records of old. Both “Irish Wake in Varanasi (For Big Pete Devlin)” and first single “Latin American Ficciones” launch with sharp, propulsive guitar entrances that could have been borrowed from Bows + Arrows, but on most of the record, it’s a sludgier and more psychedelic sort of racket, replete with Eastern instrumental nods (“Philadelphia Raga”) and raucous call-and-response choruses (“Liberation!”). That’s presumably thanks to the ragtag band of “dirtbag greasers from Fishtown, Philadelphia and Austin, Texas” Bauer put together for the occasion, and though he says he was “still trying to figure out how to sing” when he wrote the material, the talk-singy swagger he’s adopted is a fair enough match.

Lyrically, Liberation! isn’t especially subtle. It’s a spiritual journey that draws on afterlife musings (the title song), teen years spent in an upstate New York ashram (“I Was Born in an Ashram”), and Indian astrology (“Fortune Tellers”). But it’s not a conversion manual. The record was conceived on a cross-Europe sojourn after The Walkmen split paths, and so there’s a drifting, wandering quality to its 11 tracks. Liberation! is intrigued by various corners of belief, but keeps it at a smirking arm’s length.

“Oh, baby, fortune tellers only tell so much/ Oh, baby, fortune tellers lie,” Bauer sings on the ragged, campfire-folky “Fortune Tellers”. On the gloriously overstuffed closer, “You Are the Chapel”, he takes a more bemused, if still skeptical, tone: “Come see the mystery of it all/ I see the mystery/ Who do you think you’re fooling?” The piece fades out in a pounding, majestic head rush that’s as thrillingly overwhelming as the record’s themes.

Essential Tracks: “Shiva the Destroyer”, You Are the Chapel”