Sam Smith – In the Lonely Hour 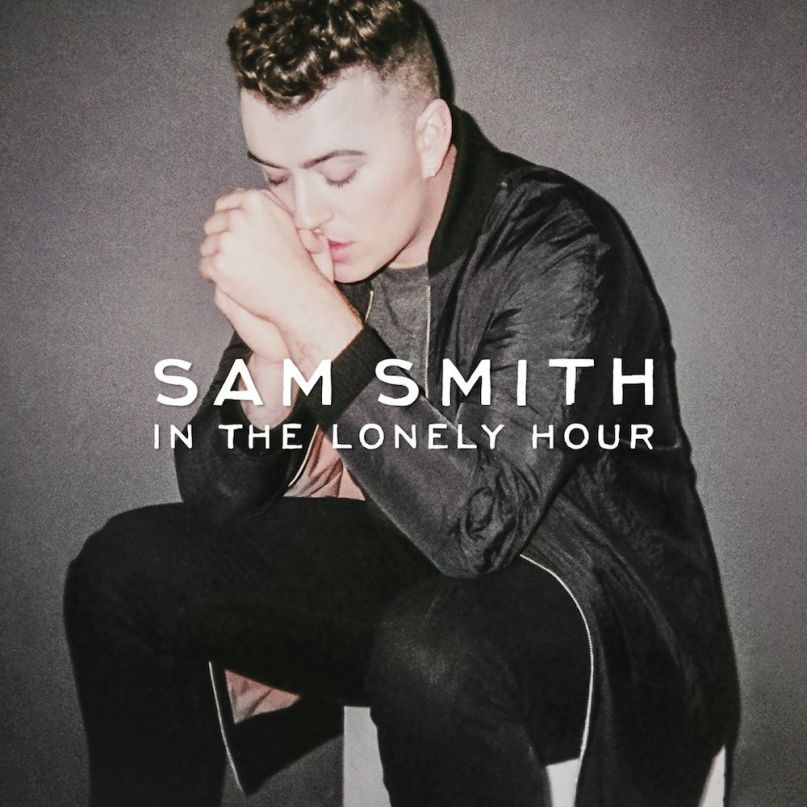 In the Lonely Hour, Sam Smith’s passionate major label debut, isn’t as much about loneliness as it is about distance. In fact, it isn’t about loneliness at all; it’s about the painful, unavoidable desire for suffocating closeness fostered by unrequited love. It wallows not because of isolation but because of a glaring lack of intimacy and empathy. It spends its time trying to minimize emotional space (for solidarity’s sake, Smith dreams about getting mugged outside a lover’s house), physical space (he wants to hold hands during a one-night stand), even relational space (he pushes a beau to leave another lover). It’s musically stark, too, compressing chord progressions and melodies into subdued acoustic guitar and piano riffs draped occasionally in strings. It hums along at one bleak, naively hopeful tone that often loses affect. Its fatal flaw is not its singular mindset, but the monotonous execution of that mindset. In the Lonely Hour only knows one way to spin its grand thesis.

It would’ve been hard to forecast the murky depths that lied within In the Lonely Hour strictly relying on Smith’s contributions as a guest on Disclosure’s “Latch” and Naughty Boy’s “La La La” (soul records masquerading as pop/dance), but it would’ve been very easy to anticipate his affinity for togetherness. In the former, he sings, “Now I got you in my space/ I won’t let go of you/ Got you shackled in my embrace/ I’m latching on to you.” In the Lonely Hour takes that sentiment to new heights. (For a little perspective, there’s a song called “Life Support”.) Embrace is an appropriate word for this album; Smith is constantly reaching out for someone, seeking to close the gap and provoke sensuality. He longs for an impassioned connection, and that longing is evident throughout, aesthetically. It saturates his art to the point of subduing his otherwise dazzling tone to pedestrian ranges. While his excursions into the mainstream exhibit his star power, he crawls inside himself on the album, reducing the impact of his timbre with forlorn uniformity.

In the Lonely Hour is a soul album that traverses the same emotional depths as fellow UK soul crooner Daley’s Days and Nights did months ago but with far less variety of sound or subject matter. While his voice is far and away one of the purest and most refined in recent memory, Smith never exerts himself to showcase it, staying in the same woeful wheelhouse. Over time, it fails to resonate, sputtering like a skipping disc. Excepting the screeching, uptempo opener, “Money on My Mind”, the album hums along peddling the same sad song the same dejected way, and after some time it’s like taking your medicine: You know it’s good for you, but it’s a pain. By the time you get to “Lay Me Down”, the tragically pleading epilogue that serves as an effective microcosm of the record, it’s all just a blur. Smith slips “La La La” and an acoustic cover of “Latch” into the bonus cuts to remind you he does have range, but it’s too little, too late. There is no diversity, only sameness; without a tracklist, it would be difficult to differentiate between tracks.

At its very best and sharpest, In the Lonely Hour, a poignant and vocally rich survey of turbulent relationships, instinctively produces the same brand of UK soul that Adele used to explode onto the pop scene. It displays an intuitive understanding of feeling and what it’s like to yearn for true love in the wake of utter distress. Smith’s particular variation of this aesthetic is less striking and more soothing, and when he is most in tune with his skill set, he is quite enchanting. Ironically, “Like I Can” opens with the same strutting riff as Adele’s massive breakout hit, “Rolling in the Deep”, and though he doesn’t reach that dramatic climax, his voice calms in its reassurances to his conquest that no one can love him like he can. “Good Thing”, produced by Adele collaborator Eg White, taps into his stellar falsetto as he tries to convince himself that he can’t stay in a destructive relationship any longer. “Too much of a good thing won’t be good for long/ Though you made my heart sing, to stay with you would be wrong,” he laments, and there’s beauty in how he stumbles upon the realization. It’s one of those “better to have loved and lost” kind of things.

On “I’m Not the Only One”, he comes to terms with the infidelity of a lover, and it’s a two-stepping delight despite its somber tone. “Stay With Me”, the album’s third single, is one of the clear highlights, and its plea is sweet and sincere. “Leave Your Lover” is the best listen on In the Lonely Hour simply because it’s a succinct summation of Smith’s agenda, and the subtlety of his timbre and his tonality are stunning. Even with its glimmering moments of intrigue, however, it’s marred by an inability to avoid tedium, and it fades as it pushes towards its imminent conclusion.

In the Lonely Hour is inexpressive and hard to sit through despite being built for easy listening. Sam Smith has the voice of a potential powerhouse, but he doesn’t quite know how to use it yet. His debut parses his feelings with minimal change in mood, and when it plateaus it never peels back the mental state to the visceral, and it never explores another mental state. Despite being spurned and forsaken, Smith’s introspection is only skin deep.

Essential Tracks: “Leave Your Lover”, “Good Thing”, and “Stay With Me”