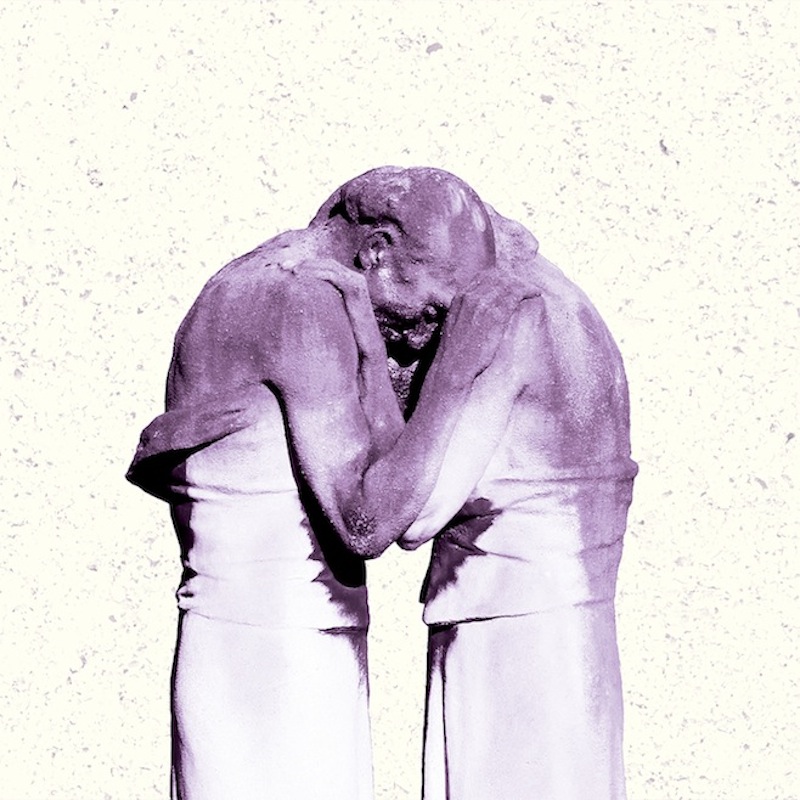 Let’s get one thing straight: The Antlers are not here to hold your hand. They are not here to help you maintain your optimism in the face of life’s uncertainties, and they certainly aren’t here to help you forget that someday you are going to die. But if you’re patient, they will, for 53 minutes, do everything within their power to make that fact a little easier to bear.

On Familiars, The Antlers abandon the electronic influences that informed the Brooklyn band’s last full-length, 2011’s Burst Apart, opting instead for an expansive, lounge-jazz feel. Drummer Michael Lerner caresses snares and cymbals with brushes, we hear mournful horn sections, and Peter Silberman’s well-controlled falsetto remains one of the trio’s defining characteristics. They’ve always done an exceptional job of bucking irony and sticking to their own earnest agenda, and this latest effort is no different; you’d be hard-pressed to find anything within a stone’s throw of a radio hit among these nine tracks, but you will find a smooth, almost flawlessly cohesive whole.

The album’s first standout song, then, is opener “Palace”. It feels like a small infinity; the piano and horns shimmer, and the lyrics wrap around themselves. “Then when heaven has a line around the corner/ We shouldn’t have to wait around and hope to get in/ If we can carpenter a home in our heart right now and carve a palace from within,” Silberman sings. In the hands of less skilled artists, the whole song might come off as schlock, but instead it works as a beautiful missive to a loved one, a gentle but powerful reminder to make the most of the time we do have. Compared to the cancer, car accidents, dying pets, and other forms of devastation that were hallmarks of Burst Apart and the band’s breakthrough album, 2009’s Hospice, it’s positively buoyant.

Immediately following, “Doppelgänger” is another moment of darkness, and it plays with the idea of confronting an alternate version of one’s own self, a version that, as Silberman mentioned while doing press for the album, knows the entirety of your life from start to finish. He takes it a step further in “Intruders”, singing, “And when my double scales the wall/ I’ll know exactly where he’s landing, and I’ll surprise him.” The instrumentals manage to be both minimalist and beautifully lush. The medium fits the message to a T, and while it might be easy to classify Familiars as a concept album given that there are no real outliers from the main themes of loss and transience, the execution works so well that you couldn’t imagine it being done any other way.

It’s safe to say that the group has reached a point in their career where they are largely peerless — no one else is making albums that sound like Antlers albums. If they know this, they seem unconcerned, and no one could ever accuse them of being smug. Over-aggrandizing cock rock this is not. While some might miss the crisp, catchy percussive nature of Burst Apart songs “No Widows” or “Every Night My Teeth Are Falling Out”, the group takes a gamble here in leaving that carefully crafted sound behind, and it largely pays off in demonstrating how versatile they are. Were they to put down their instruments and quit music altogether tomorrow, they would leave behind an incredibly strong catalog, and maybe that’s the biggest thing solidified by this album. This is no longer a band that is finding their voice, but one that has found it. On “Parade”, Silberman sings, “But when the streets get flooded/ We’ll know what proximity’s worth/ ‘Cause we’re already here in the same place when our phones don’t work.” It’s a knowing nod to modern life on an album whose themes are timeless, and it adds a layer of inquiry: Are we any more alive in an age of constant connectivity? Our wall photos and tweets, after all, have a longer shelf life than we do.

The biggest question that Familiars poses is whether or not the album will feel as cathartic and necessary to those who don’t have mortality at the forefront of their mind. Maybe it won’t. The human expiration date is something I’ve been grappling with for the past two months following the untimely death of someone I was close to and cared about a great deal, and listening to Familiars, for me, was nearly impossible to separate from that experience. But whether or not we choose to confront these matters (What happens when we die? How do we reconcile it with our chance to be alive?) doesn’t make them any less palpable. If all that Familiars does is manage to beautifully define those questions with exacting skill, it feels like enough.