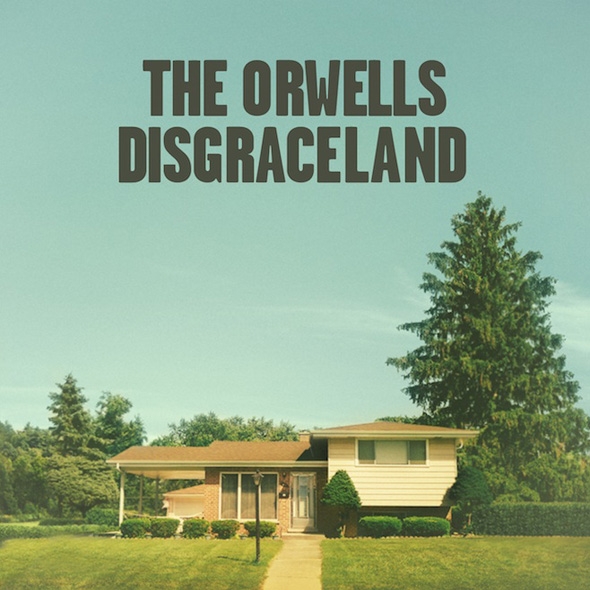 Almost every band dreams of one day meeting David Letterman, and The Orwells, whether they meant to or not, found a way to crack the king of late night comedy’s code. In January, the raucous garage pop act banged out an intoxicating rendition of “Who Needs You”, the lead single from their major label debut, Disgraceland, on the Late Show. Highlighted by the bizarre theatrics of frontman Mario Cuomo, the performance prompted a surprisingly spirited reaction from Letterman, who urged the band to keep playing through the credits. It’s tough to get a rise out of Dave these days; throughout his 22-year run on the Late Show, the host has no doubt seen and forgotten more bands than most of us. But musicians are also acutely aware of his well-established track record for introducing today’s best young bands to the masses. In a quick but ever-important three minutes, The Orwells had gained an important ally in their quest for rock and roll glory.

With that, the crank on the hype machine started working overtime for the natives of Elmhurst, Ill., a good five months shy of the album’s release. But as the rock glitterati propped The Orwells up on their shoulders as the indie world’s next big thing, questions persisted. The band got a lot of mileage out of its wild network television debut, but how could they build upon that momentum on record? The Orwells laid their foundation on 2012’s Remember When, whose tasty nods to the Velvet Underground and neo-garage heroes like The Strokes helped the record proudly live up to its nostalgic title. There are considerably more eyes and ears zeroed in on The Orwells this time around, but surprisingly little changes about the band’s approach on Disgraceland, and that might be the record’s best quality.

Disgraceland sticks to a pretty simple musical formula that pays big dividends: fat hooks, catchy melodies, and a brash, too-young-to-give-a-fuck attitude that suits a band whose median age barely affords its members the right to sidle up to the bar after gigs. The album is playfully debauched fun completely stripped of the stress or baggage that can often come with the dreaded “next big thing” tag. Cuomo’s lyrics play like a detour through the mind of your typical teenage kid. “I can’t walk, and I can’t dance/ Give me a smile, then take off your pants,” he professes with cockeyed swagger on lead track “Southern Comfort”. Dumb? Absolutely, but that’s part of the charm.

But while the band is proud (or at the very least brazenly unashamed) of their adolescent point of view, musically, they’re a lot savvier and smarter than they appear on the surface. Disgraceland is a sponge soaked with a taster’s choice of influences across the rock and pop spectrum, and the band wrings it out with an iron grip. You can hear the crunchy but unavoidably poppy fun of Nevermind all over “The Righteous One” and the touch of J. Geils at the top of “Bathroom Tile Blues”. On other tracks, the five youngsters bend and distort their influences to suit their own seedy devices. “Norman” cribs generously from Jesus and Mary Chain’s “Just Like Honey”, while Cuomo lets his dark side run wild. “House full of whores/ House full of people,” he cries hauntingly. “You’re not going to make it to the sequel.”

Hype aside, The Orwells aren’t trying to be anything other than what they are on Disgraceland. Rather than bog themselves down with the expectations of everyone around them, they treat music like a celebration of all the things worth taking seriously in life when the world doesn’t expect you to take much of anything seriously. It’s a soundtrack to stifled suburban angst played out through a slate of ballsy-yet-catchy pop rock tunes. To their credit, The Orwells own their brattiness, but they also know their way around a good hook. That’s a devastating combo, and in the case of this album, it makes for a more-than-satisfying modern rock record that’s both carefully crafted and shot straight from the hip.

Essential Tracks: “The Righteous One”, “Norman”, and “Southern Comfort”