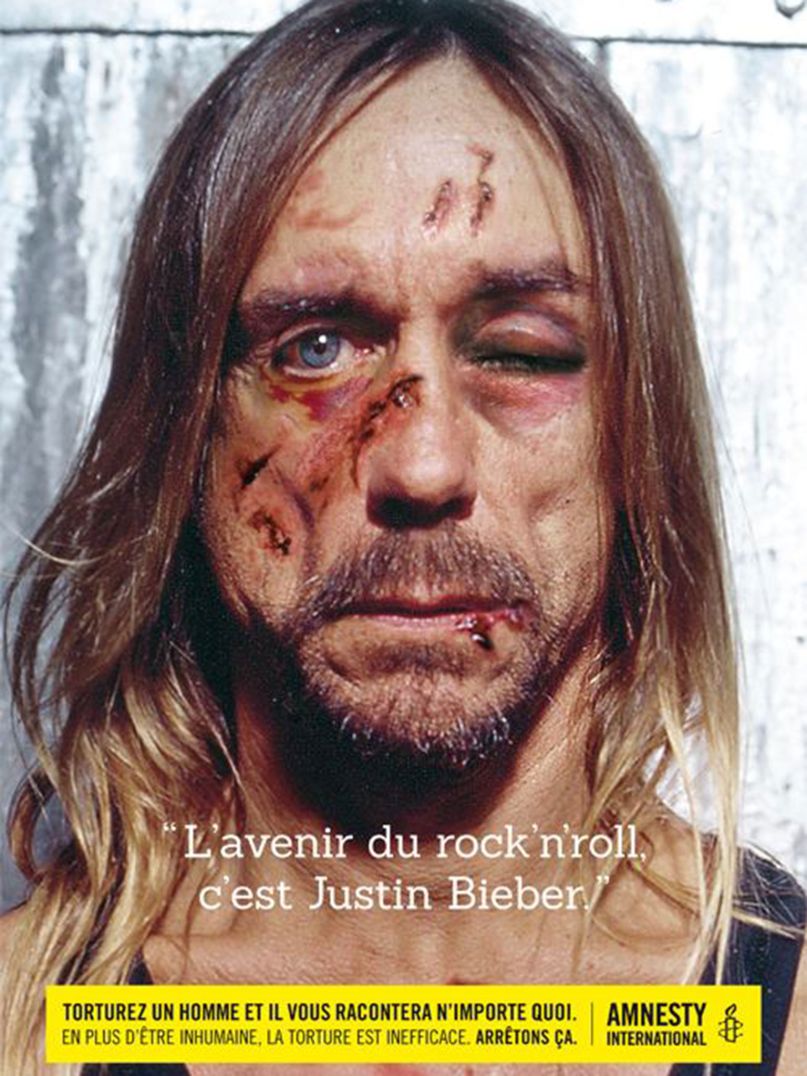 Though most of us probably agree that Justin Bieber’s music is a form of torture, Iggy Pop doesn’t necessarily think so. Or, at least, he wasn’t willing attach his name to a new anti-torture ad from Amnesty International in which the punk legend appears battered and praises Bieber as “the future of rock ‘n’ roll.”

As Pitchfork reports, Pop never actually gave Amnesty International to use his likeness in their ad. And now, the organization has released a formal apology, which Pop linked to on his Twitter account.

It reads as such:

To generate awareness about our campaign against torture, Amnesty International Belgium French speaking section used an image of Iggy Pop without his authorization.

Even though we acted in good faith, we would like to apologise to Iggy Pop for having done so.
The overall goal of this campaign is to try to influence people’s ideas on the use of torture.

According to surveys, a shocking number of people believe that “torture may sometimes be useful” ; more than 36% of people even think that torture is justified in some cases. This is unacceptable, and we illustrate this reality with the message that a man who is tortured will say anything in order to escape this awfulness, using provocative images and statements to attract public attention. We would therefore also like to make it clear that the statement attributed to Iggy Pop that he believes Justin Bieber is the future of rock and roll does not represent Iggy Pop’s personal opinion but was part of the creative process for this campaign and was intended to be ironic.