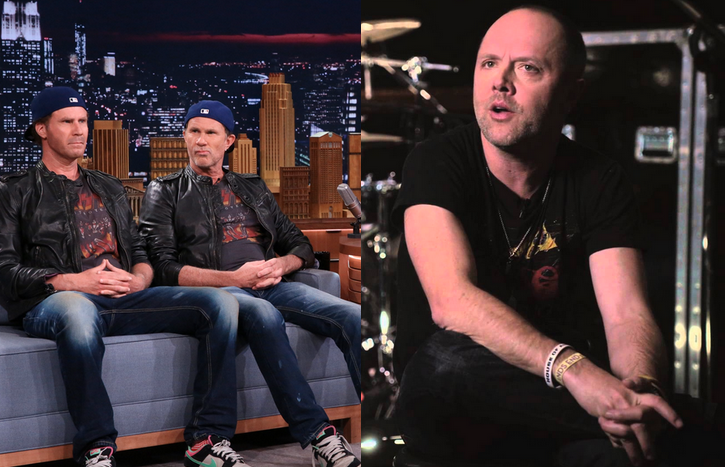 After competing against one another, real-life doppelgängers Chad Smith and Will Ferrell have found a new foe. Asked by Spin if they plan to face off in any future drum battles, the duo directed a challenge to Metallica’s Lars Ulrich.

“I mean, we did talk about another drum-off, Ferrell explained. “With a third person that looks eerily similar to Chad and I. A third drummer out there … Lars gets pissed because he gets mistaken for both me and Chad Smith. He can settle that score now, too.” Smith added, “There it is.The gauntlet is down.”

Ulrich has yet to respond to Ferrell and Smith’s challenge, but here’s an idea: winner plays Glastonbury.

Below, revisit Smith and Ferrell’s initial drum-off on The Tonight Show earlier this month.