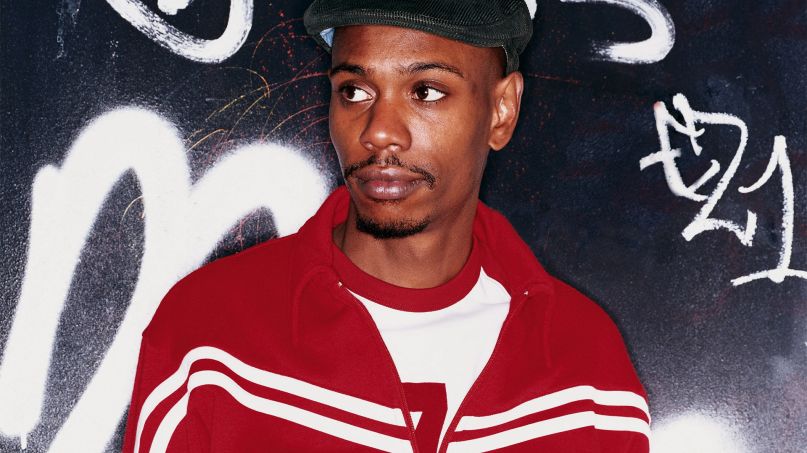 Nearly a decade ago, Dave Chappelle walked away from his acclaimed sketch comedy series Chappelle’s Show at the height of its popularity — and ever since, there’s been countless theories and conspiracies attempting to explain his decision. During an appearance on Late Show with David Letterman on Tuesday night, Chappelle finally set the record straight, and the real reason has nothing to do with the Illuminati.

Initially, Chappelle joked that he never actually quit the show, but was rather “seven years late for work.” Pressed further, however, Chappelle revealed that he simply had other priorities in life.

“It’s very hard to go to someone about this because no one has done this before,” Chappelle said of leaving a $50 million contract offer on the table. “So there’s not too many people who don’t think I’m crazy.”

“I look at it like this: I’m at a restaurant with my wife — it’s a nice restaurant and we’re eating dinner. I look across the room and see this guy eating dinner and I say, ‘You see this guy across the room? He has $100 million, and we’re eating the same entree.’ Okay, fine, I don’t have $50 million or whatever it was. Let’s say I have $10 million in the bank — the difference in lifestyle is miniscule. The only difference between having $10 million and $50 million is an astounding $40 million. Of course, I would like to have that money.”

Years later, Chappelle said that he’s still conflicted over the decision, explaining that while he still has his integrity, he’s also not as wealthy as he once was.

“I’ll go home and make the kids some integrity sandwiches; it makes no sense at all. There’s nothing anyone can say. It’s just you do what you feel like you need to do. It’s a very complicated answer because I felt a variety of ways over the last years. Whenever there’s something I’d like to have that I could have afforded but I can’t now, then I’m upset about it. But then when I see a guy who goes to a job that’s time consuming and he doesn’t have free time to do things I get to do, then I feel good about it.”

“Money gives me choices,” Chappelle added, and continued: “Sometimes I listen to a Jay Z record and it starts making me feel bad about some of the choices I’ve made. This guy has had more fun on two songs than I’ve had over the last 10 years.”

Replay the full interview below:

As previously reported, Chappelle is set to return to the stage later this month for a series of shows at NYC’s Radio City Music Hall. Tonight, he confirmed another performance for June 23rd, which will feature Nas as a co-headliner.

Note: An earlier version of this story suggested Chappelle’s main decision to leave was due to disagreements over money. This has since been amended.