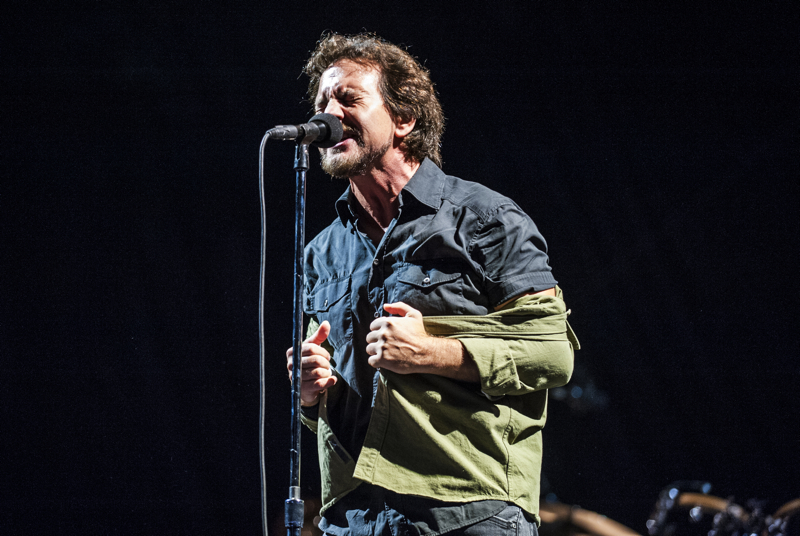 Last week, Pearl Jam appealed to their younger fan base by covering “Let It Go”, the chart-topping single from Disney’s Frozen. Now, Eddie Vedder has revealed the reasoning behind the odd cover choice: no, he didn’t lose a bet to Idina Menzel; rather, he was obliging to a request made by his five-year-old daughter.

So that clip of Pearl Jam doing the song from Frozen? That was a request — from Eddie Vedder's five year old daughter.

Just got off the phone with Ed and he told me I should tweet that.

He also wants everyone to know that his daughter sings it better.

Revisit the performance below: