Fans crowdfund an unscheduled Foo Fighters concert, and the band agrees to play 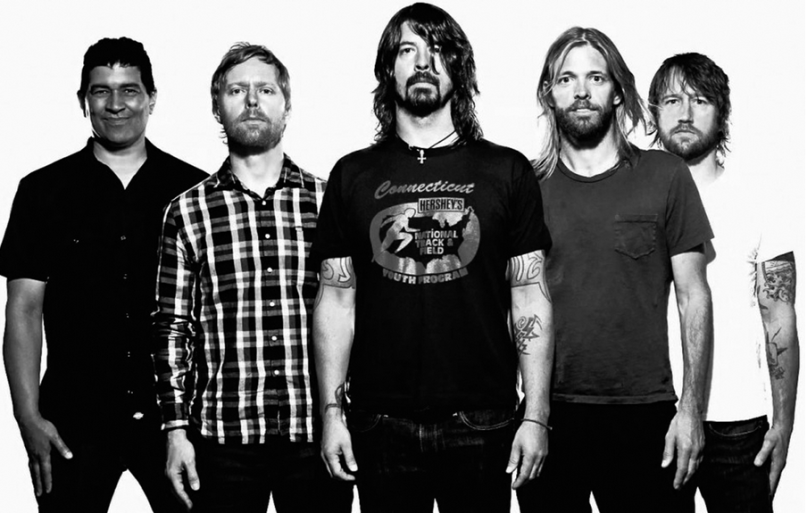 Even with all their endless traveling in recent months, it’s still been some 16 years since Foo Fighters played a show in Richmond, Virginia. Hoping to change that fact, a few local fans, led by a copywriter named Andrew Goldin, launched  a Crowdhoster campaign back in April. Their mission was simple: sell some 1,400 tickets at $50 a pop in order to fund a gig that the band might actually agree to play. Bulletproof.

“Rather than waiting, and waiting and waiting for our favorite band to come to us, we’re making it happen,” Goldin wrote in the mission statement. “We’re selling tix to a Foo Fighters concert that the band doesn’t have scheduled yet in the hopes that they’ll come to our great city and play a show. Then if the band comes we all rock out. If they don’t come, everyone gets their money back. Every cent. So buy your tix, spread the word, and let’s make some rock-n-roll history.”

As of Saturday morning (June 14th), the campaign has exceeded its goal of $70,000. So, in a real-life moment of “if you build it, they will come”, Foo Fighters have expressed their willingness to play the hypothetical concert. “See ya soon”, the band wrote on Twitter alongside an accompanying picture of the city’s flag. “Let’s have a good time.” Man, these guys really will play just about anywhere, anytime.

No word yet on a date or venue for the concert. If you’re a Richmond resident who didn’t contribute to the campaign, you may still be in luck: two local businesses, Brown’s Volkswagen and Sugar Shack Donuts, will be giving away the tickets they accrued from their respective $5,000 donations.

Below, watch Goldin and his fellow Richmond residents make their case in an accompanying campaign video. Oh, and if you’re keeping track, this is probably reason #136 that Dave Grohl is awesome.

As previously reported, Foo Fighters’ eighth studio album, the follow-up to 2011’s Wasting Light, is due out in November via Roswell Records/RCA. The album was recorded to analog in eight legendary studios across the country and features guest spots from local musicians, including Gary Clark Jr. (Austin), Eagles’ Joe Walsh (Los Angeles), and Cheap Trick’s Rick Nielsen (Chicago).

In conjunction, Grohl also filmed and directed an HBO series, entitled Sonic Highways, that chronicles the recording process and the musical identity of each studio and its corresponding city.