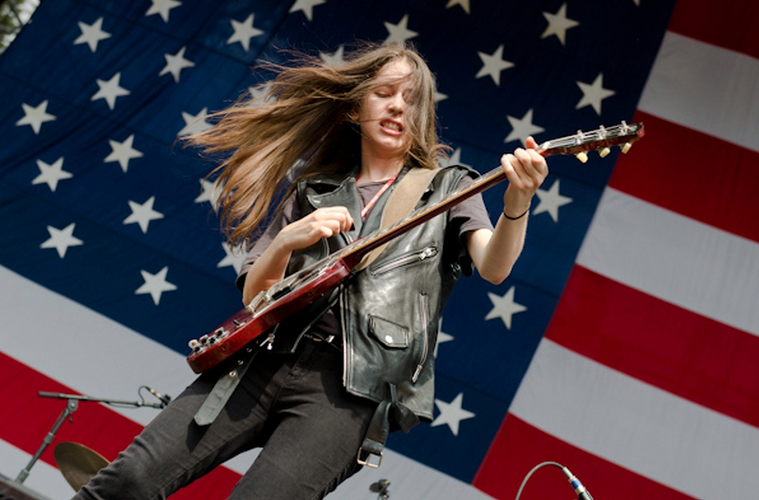 For the last two years, HAIM has toured relentlessly in support of their smash debut, Days Are Gone, and it appears the sisterly trio has no plans to slow down. Prior to their performance at Glastonbury this weekend, the band spoke to BBC Radio 6 and offered an update on their upcoming plans. Turns out they’ve been writing their sophomore album while out on the road and plan to hit the studio next month to begin recording.

​“This is the first time we’ve ever written on the road,” Alana Haim explained. “We’re going home in a month to start recording. I promise record two won’t come in six years – it’ll come very soon”.

(Read: Rookie of the Year: HAIM)

Watch the band’s video for “If I Could Change Your Mind”: